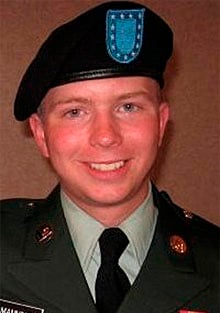 Bradley Manning, who was sentenced Wednesday to 35 years in military prison for leaking classified documents, announced Thursday that he plans to live the rest of his life as a woman. 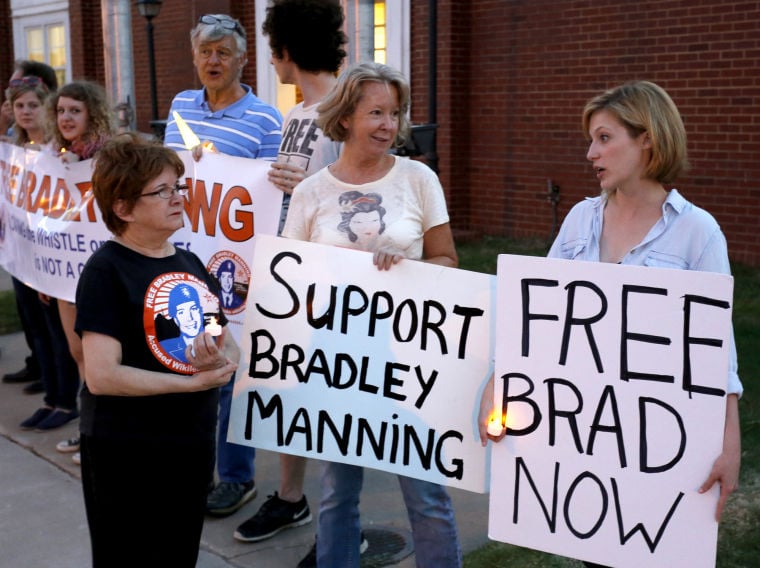 Bradley Manning, who was sentenced Wednesday to 35 years in military prison for leaking classified documents, announced Thursday that he plans to live the rest of his life as a woman.

The news that Bradley Manning, the Army private sentenced this week to 35 years in military prison for leaking classified documents, intends to live out the remainder of his life as a woman has drawn mixed reaction from the Oklahoma town where he once lived.

Manning announced plans Thursday to begin hormone therapy and live life as Chelsea Manning. The soldier, 25, was sentenced Wednesday after having been found guilty of 20 charges ranging from espionage to theft for leaking more than 700,000 documents to the WikiLeaks website while working in Iraq in 2010.

Rena Guay is executive director of the Oklahoma Center of Conscience of Oklahoma City, which is a member of the Bradley Manning Support Network. She said Manning’s announcement is old news and believes the media is using it as a distraction to the real story of Manning’s conviction.

“My first reaction is it is an indication that the media hasn’t been paying attention to this case because Bradley Manning’s gender-identity issue came out in 2010 shortly after he was arrested,” she said. “That has been out there for a while, and I don’t understand what all the hoopla is all about. This is a distraction. To me, it is a black eye for the media that is sensationalizing this.”

Though Manning has supporters, there are others in Crescent, a community of 1,400 about 35 miles north of Oklahoma City, who disagree with his actions.

City Manager Ed Stanton was quick to point out that Crescent wasn’t Manning’s hometown, as many media outlets have previously reported.

“The young man is not from here,” Stanton said. “He just went to school here. There is kind of a misconception that this is his hometown. He just lived here for a short time and moved on.”

Stanton said though he couldn’t speak for the entire community, the feedback he has received from residents has been negative toward Manning.

“Crescent doesn’t support anything that would put our troops at risk,” Stanton said. “I have to say it is not supportive at all. The feel I get as city manager (is) there is a tremendous lack of support for what he did.”

Guay was one of about a dozen supporters at a candlelight vigil held in Crescent on Wednesday night, in support of Manning.

She called Manning a person of integrity and believes he should be pardoned.

“The bottom line is he is a person of courage and integrity, regardless what his gender is,” Guay said.

During his trial, Manning’s defense team suggested his struggles with gender identity as a gay soldier were a factor in his decision to leak the documents.

Don Heath, pastor of Edmond Trinity Christian Church, which announced earlier this year that its congregation is open and affirming to the gay community, said he admires Manning’s actions today.

“I always admire someone for coming out. It takes courage and it emboldens other LGBT people to come out,” Heath said. “It takes even more courage to come out while you are beginning a long prison sentence, knowing the ridicule that you are likely to face from jailers and other prisoners and that you will have to wait years for surgery.”

“He is not afraid to face the consequences for revealing what he believes were unjust actions by the United States government. I believe Bradley Manning’s story,” Heath said. “If it is true, he stands in solidarity with Biblical prophets who risked their own well-being to bring the oppression of the monarch to light.”