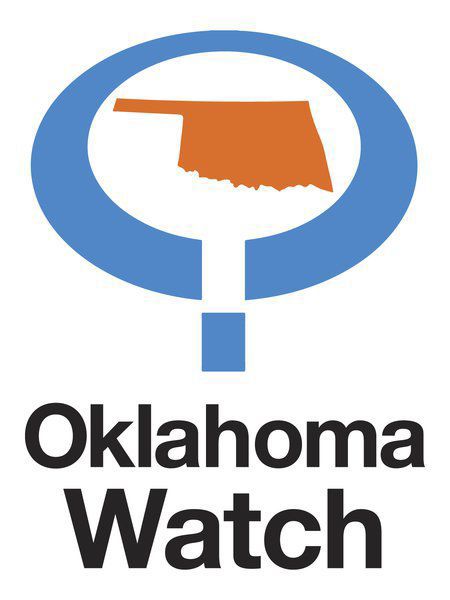 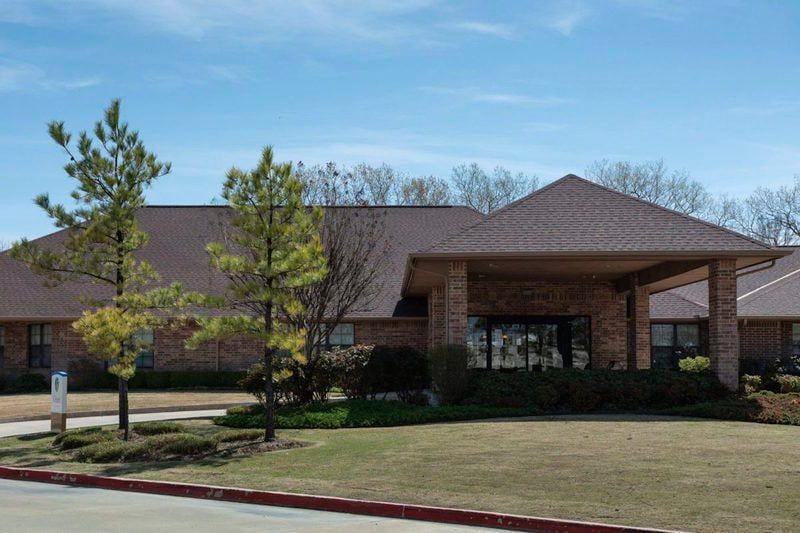 Five residents at Grace Skilled Nursing and Therapy in Norman have died of complications from COVID-19. Another 33 residents and three staff members have tested positive. (Whitney Bryen / Oklahoma Watch)

Five residents at Grace Skilled Nursing and Therapy in Norman have died of complications from COVID-19. Another 33 residents and three staff members have tested positive. (Whitney Bryen / Oklahoma Watch)

Five residents of a nursing home in Norman have died of complications from COVID-19, accounting for most of the deaths in long-term care facilities statewide, Oklahoma State Department of Health reported after inquiries from Oklahoma Watch.

Another 33 residents and three staff members have tested positive for the novel coronavirus at the west Norman facility, Grace Skilled Nursing and Therapy.

The nursing home announced last week that two residents had died and another seven had tested positive for the virus. The facility has since refused several requests by Oklahoma Watch for a more detailed update.

The state Health Department on Friday reported a total of eight deaths of residents in Oklahoma long-term care or nursing home facilities. The resident of a nursing home in Oklahoma County was among them, but the Health Department did not name the facility, citing a federal law intended to protect patients’ personal privacy. Names and locations of two other facilities where a death occurred haven’t been released.

As of Friday, Cleveland County has seven coronavirus-related deaths, the third-highest among counties statewide; 10 deaths were reported in Oklahoma County, and eight in Tulsa County.

“The facility’s voluntary decision to implement exhaustive testing was one of the many ways in which it is attempting to fight the spread of COVID-19 within the facility and best serve its residents,” the statement said.

As a result, “the facility was able to confirm as positive many individuals who were already presumed positive and many others who may not have otherwise been tested.” The results were shared with them and authorities, including the state Health Department.

The statement added that while news media had sought more information, “out of respect for the privacy of the individuals involved, and more specifically at the request of many of our families, specific numbers were not released.”

Shelley Zumwalt, spokeswoman for the Health Department, said in a statement: “We are releasing this information on long-term care facilities in the hope that it can provide relief for those with family members with loved ones who reside there.”

The agency advised that relatives of anyone in a nursing facility with a confirmed coronavirus case not move the person out.

There are more than 600 long-term care or nursing facilities in the state, ranging from nursing homes and assisted-living centers to veterans centers and residential care homes.

Other facilities that have at least one confirmed coronavirus case are Brookhaven Extensive Care and Medical Park West Rehabilitation in Norman; Emerald Square and Parcway Post Acute Recovery in Oklahoma City; Franciscan Villa in Broken Arrow; New Hope Retirement Center in McAlester; Skiatook Nursing Home in Skiatook; and The Villages at Southern Hill in Tulsa.

The outbreak at Grace Skilled Nursing and Therapy has weighed heavily on residents, loved ones and staff.

Gary Webb became emotional as he recalled the last time he saw his 83-year-old mother, Nelda, in person. She remains in the nursing home.

The two chatted over a chicken dinner, her favorite, about dominos and her electric wheelchair acting up. Webb’s mother was quarantined March 21 after showing symptoms of the virus, he said. She was tested a week later and the results came back positive Monday.

“I don’t care who knows right now because I want every nursing home patient to be tested and taken care of,” Webb said. “I don’t have a fight with the nursing home, but not letting everyone know what’s going on, that’s what I have a problem with.”

Webb said his mother was put on hydroxychloroquine, a drug commonly used to treat malaria and which a small study in China found sped up recovery of people mildly ill from the coronavirus. On Friday, Webb said she was still on oxygen but “hanging in there.”

Norman Mayor Breea Clark said she is frustrated at the limited release of information from the nursing home, hospital and the state Health Department about the virus.

The facility would not say how many tests have been conducted or whether any residents have died in recent weeks who were not tested for the virus.

Many nursing homes have imposed strict controls since the advent of COVID-19, prohibiting visitors, restricting residents to their rooms and intensifying efforts to clean and sanitize.

A recent Oklahoma Watch analysis of state health inspections of the state’s nursing homes from late 2017 through 2019 found that more than half were cited for infection control and prevention violations, the most common violation.

No infection-control violations have been tied to any of the coronavirus cases or deaths in long-term care facilities. It’s unknown if health inspectors are checking practices at facilities where residents tested positive for the virus or died of COVID-19.

A nursing home in Washington tied to 40 COVID-19 deaths was fined more than $611,000 by federal officials, the Washington Post reported Thursday. Among the violations was failing to report an outbreak of respiratory illness to local authorities within two weeks, as required by law, and giving inadequate care to residents during the outbreak.

Oklahoma Watch is a nonprofit, tax-exempt, 501(c)(3) corporation whose mission is to produce in-depth and investigative journalism on public-policy and quality-of-life issues facing the state.