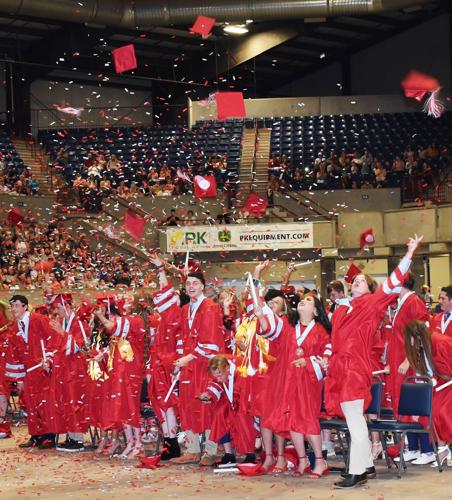 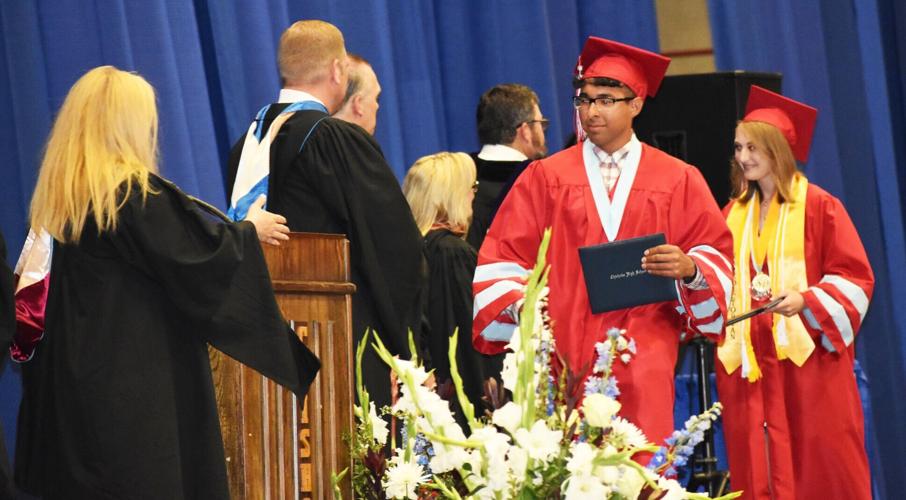 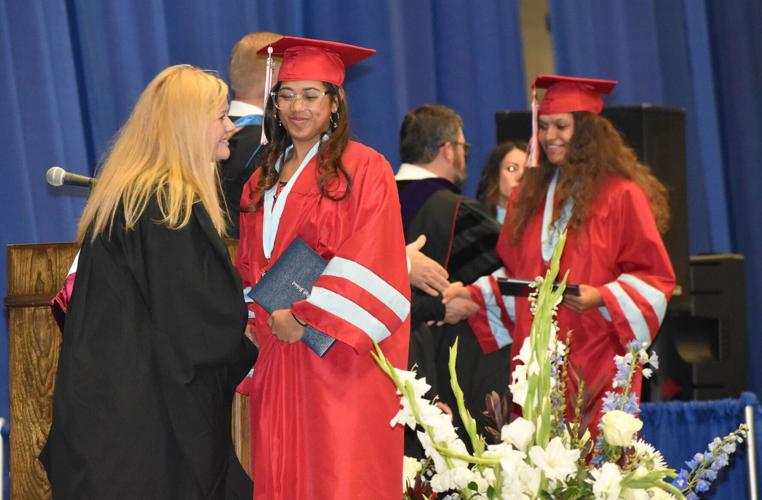 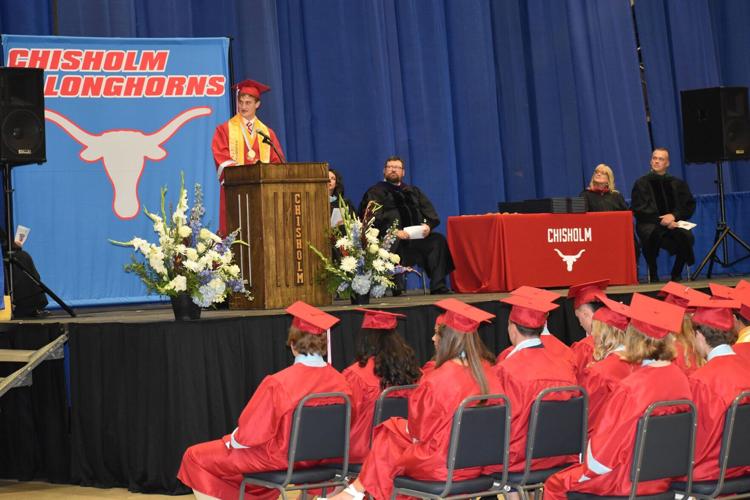 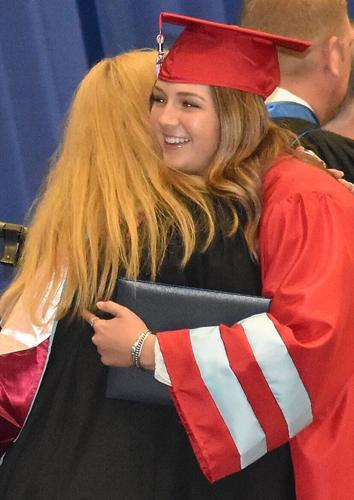 ENID, Okla. — The pathway to Saturday’s graduation didn’t come easy for the Chisholm High School class of 2022, and not all of the 69 seniors always traveled the same course that found them crossing the stage on a warm, late morning at the Chisholm Trail Expo Center.

Some seniors came from far-away places to make dreams come true, while others struggled to find their place.

Some knew all along that being at the top of their class was the goal, but there were those who talked of struggling with grades and finding themselves, to their surprise, receiving honors.

There were health issues to overcome with the “family” support from students and staff at the Enid high school. There were lessons learned and rites of passage undertaken, including building floats and attending spirit bonfires and rallies and participating in sporting events and club activities, among other things, in addition to the long hours of study and classroom work.

In the midst of it all, a worldwide pandemic took hold, and students were in and out of the classroom, uncertain of what the future would hold.

“Freshman year started out great,” said Emma Tennell, one of eight valedictorians who spoke briefly during the graduation ceremony. “And just when things seemed back to normal, we were seniors.

“This year came and went faster than any year before, just like everyone said it would.”

Fellow valedictorian Tyler Nguyen said during those years, each student was writing his or her own story.

Overcoming adversity and the Chisholm family were themes throughout the ceremony.

Originally from Mexico, Castillo said her family began discussing a move to America more than six years ago, and her parents’ main consideration was a good education for their children.

Oklahoma wasn’t on their radar until they found Chisholm Public Schools, with a 10 out of 10 rating and one of the top 10 schools in the state, Castillo said.

“No other school in this area was like it,” she said.

Years later, after coming to the Enid area school district, Castillo shared that she now knows the secret.

“This year came and went faster than any year before, just like everyone said it would.”

Valedictorian Kierra Peters concurred, telling her fellow graduates that no matter what their environment they will adapt and overcome.

Peters said her mother’s home country was the Phillipines, but when she had a chance to come to America she took it for her children’s sake, even though it was not easy.

“We will never forget where we come from,” Peters told the graduation class, adding with hard work they will find their future on the path ahead. “You, too, can truly do what you desire.”

Saturday’s ceremony lasted about an hour, as parents, siblings and family packed the stands surrounding the Expo Center floor, where the seniors and district teachers sat in front of a stage with school staff and school board members. The CHS band in the back played “Pomp and Circumstance” to usher in the seniors.

“This is a momentous occasion today,” said Redd, the class vice president, “and I’d like to thank family and staff for making it all possible.”

After receiving their diplomas, students were directed to stand and move their tassels from right to left, symbolizing their completion with Chisholm Public Schools before being presented to the audience, with applause, cheers, confetti and hats thrown in the air in celebration.

“Our whole lives everyone has told us time will fly by right before your eyes, but I’ve never realized just how right they were until now. The days are long, but the years go by so fast, and these past four years have been some pretty good ones. …” valedictorian Ashley Winter told her fellow students. “We’re at the end of our memories together, but now it’s time for us to take our next step in order to make new memories in a new environment with new people. However, we will forever be connected to each other as the Chisholm High School graduating class of 2022. … Good luck everybody.”