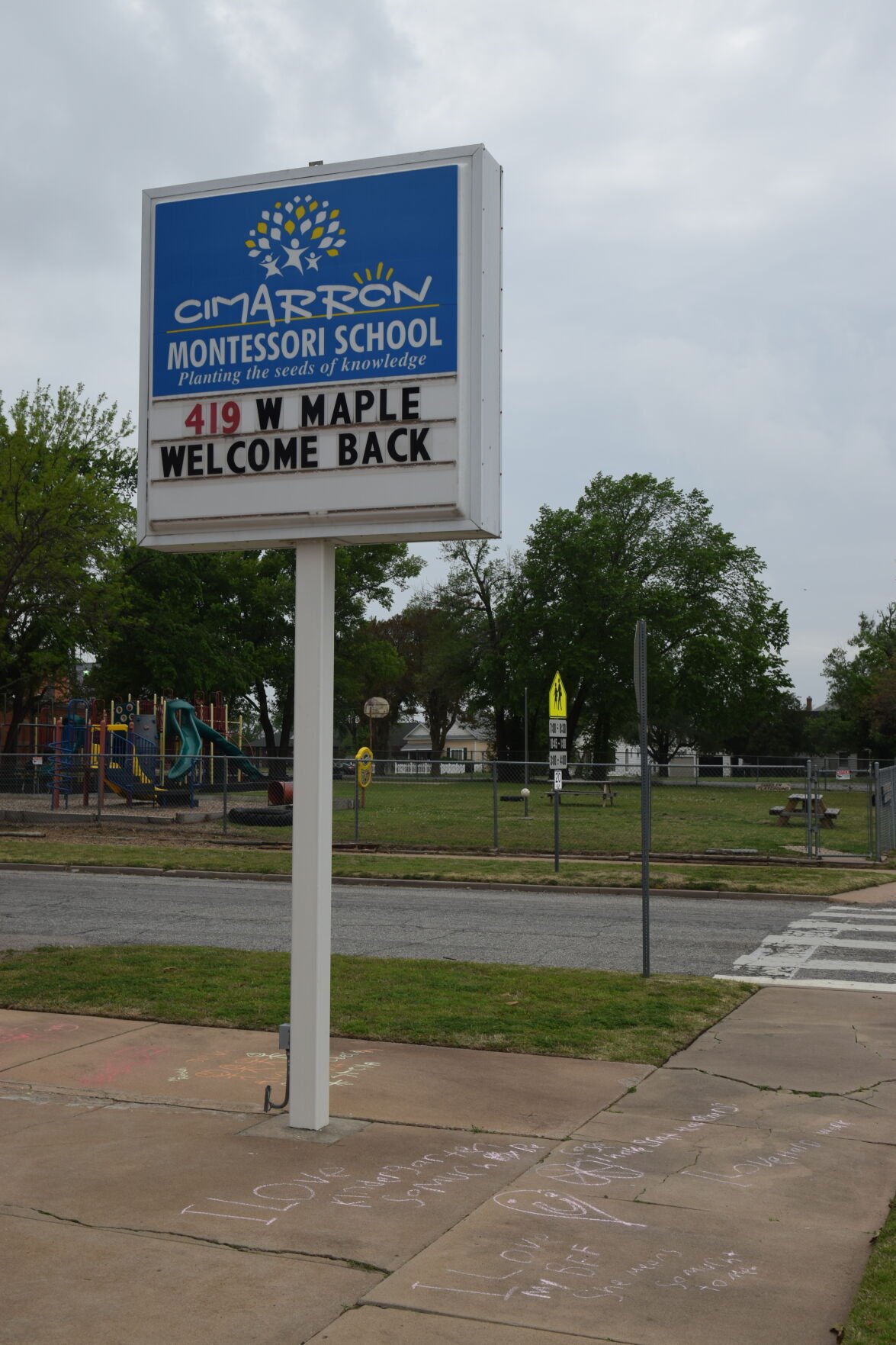 A chalk drawing reads, “I love kindergarten so much” next to the sign of Cimarron Montessori School, at 419 W. Maple, on Tuesday. (Alexander Ewald / Enid News & Eagle) 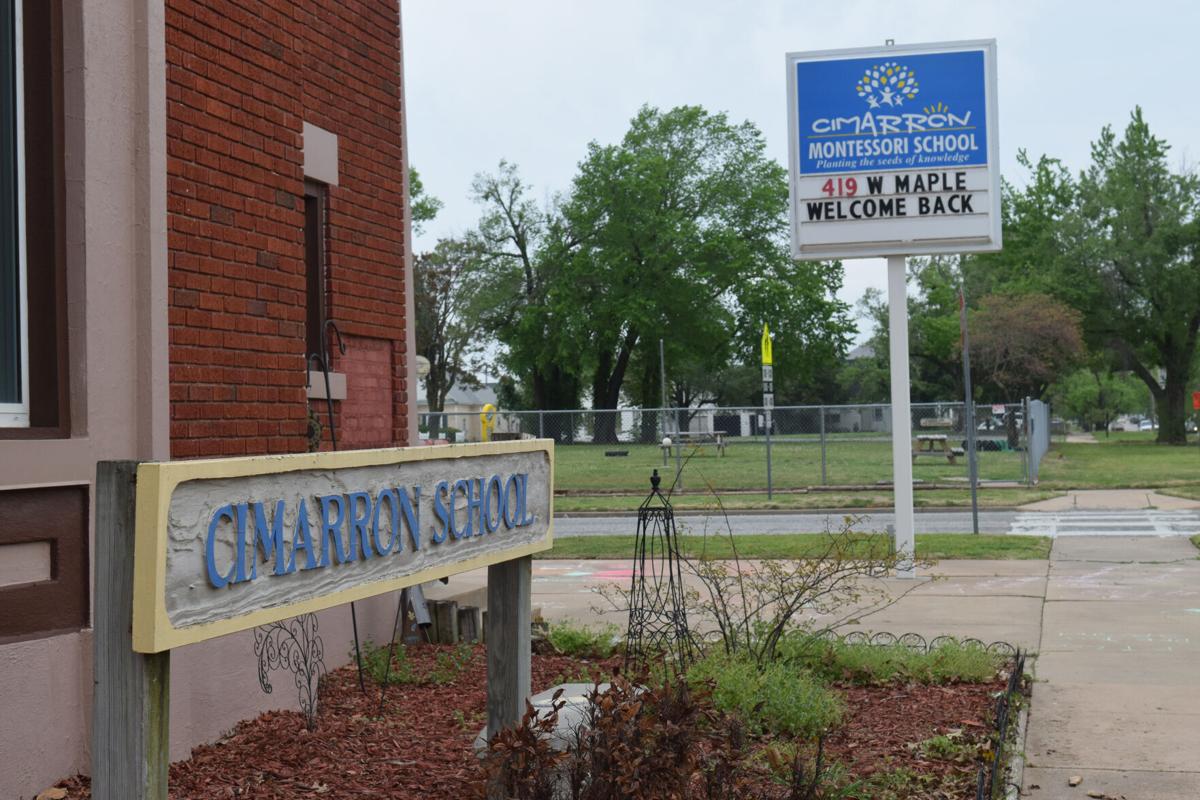 A longtime Enid school for preschoolers and elementary students will close its doors at the end of the school year.

Board members decided to close Cimarron Montessori School after facing years of declining enrollment, serious structural issues to its 120-year-old building and “financial improprieties,” according to an announcement Tuesday on its website.

The nonprofit school needs about 70 students to “break even,” but enrollment for the fall was so far at around 35, Cimarron board of trustees member Allison Seigars, its secretary, said Tuesday.

“There’s a lot of different moving parts, and we’re just at a point where we can no longer continue,” said Seigars, whose third child was set to start classes in the fall with her older two at Cimarron.

Current school director Becky Ostroski said, while looking after over 30 kids Tuesday afternoon, that she’d been busy all day dealing with crying staff members, who had all learned the school was closing the day before.

Founded in 1975, Cimarron is a traditional Montessori school, affiliated with the American Montessori Society. This student-led education program gives children more freedom to physically move around the classroom and to complete weekly assignments with teacher supervision.

The Enid school, at 419 W. Maple, currently has one toddler program, two primary programs and an elementary program. Students are in what are called combined-age classrooms, grouping ages 3-6 and 6-9.

Cimarron this year did away with its classroom group of students 9-12 years old, when only three children were enrolled in 2019-2020, Seigars said.

A facilities assessment in March determined the building had serious enough problems that needed to be addressed to continue to operate safely, but the cost to repair “far exceeds” the school’s ability to pay for any repairs, according to the announcement.

In 2019, Deborah Cribley pleaded guilty to three felony counts of embezzlement, having been accused in 2018 of taking more than $25,000 from the school for over six years while she was its director. Cribley had resigned from her position before she was charged.

Cimarron also filed a suit in 2019 against Cribley and her husband, Kenneth, accusing the former of giving herself more than $170,000 in raises and bonuses, among other allegations of financial misconduct.

The school’s suit was dismissed with prejudice in December 2020. Part of Cribley’s embezzlement sentence included paying $138,000 in restitution fees to the school.

Maggie Jackson, whose two daughters have attended Cimarron since 2018, said its closure would be a “big loss” to Enid.

“I’ve loved our time at Cimarron,” she said. “I’m so thankful for the investment that the school has made in my kiddos, and I’m so … I’m devastated, I think that’s the word.”

Jackson said since they started, tuition had risen from rates comparable to nearby daycares.

Seigars said she knew of a “trend” of local closings at Kids R Great Daycare, a preschool and Mother’s Day Out program at Christ United Methodist Church.

Jackson said some of those programs aren’t allowed subsidies from the state Department of Human Services, making spots at daycares for working families even harder to find in Enid.

Cimarron Montessori will be working to help families find suitable school placements for their children, according to its website.

“It’s a gem in Enid,” Jackson said of Cimarron. “It’s been a gift to so many families.”

Have a question about this story? Do you see something we missed? Send an email to aewald@enidnews.com.
Outside The Gate