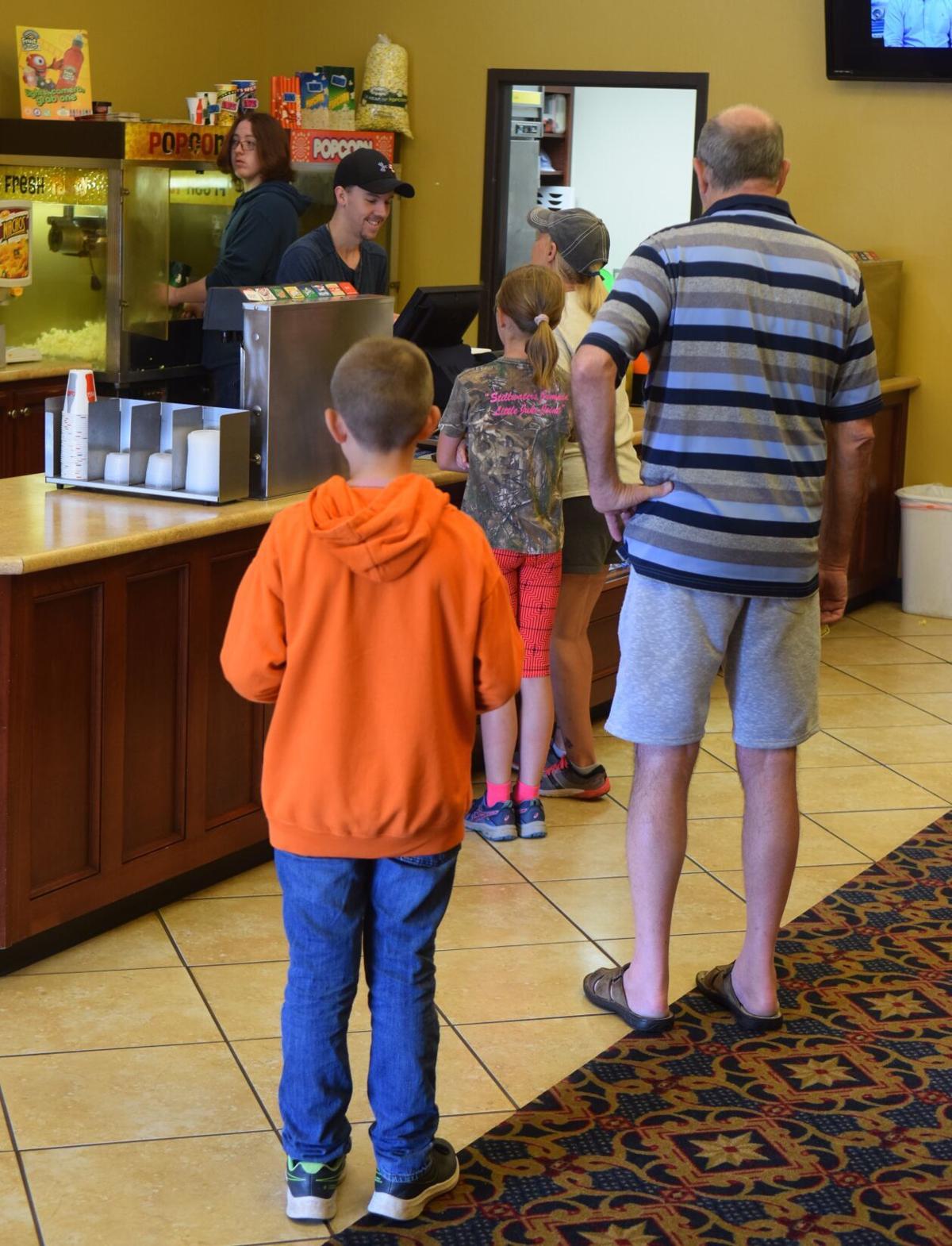 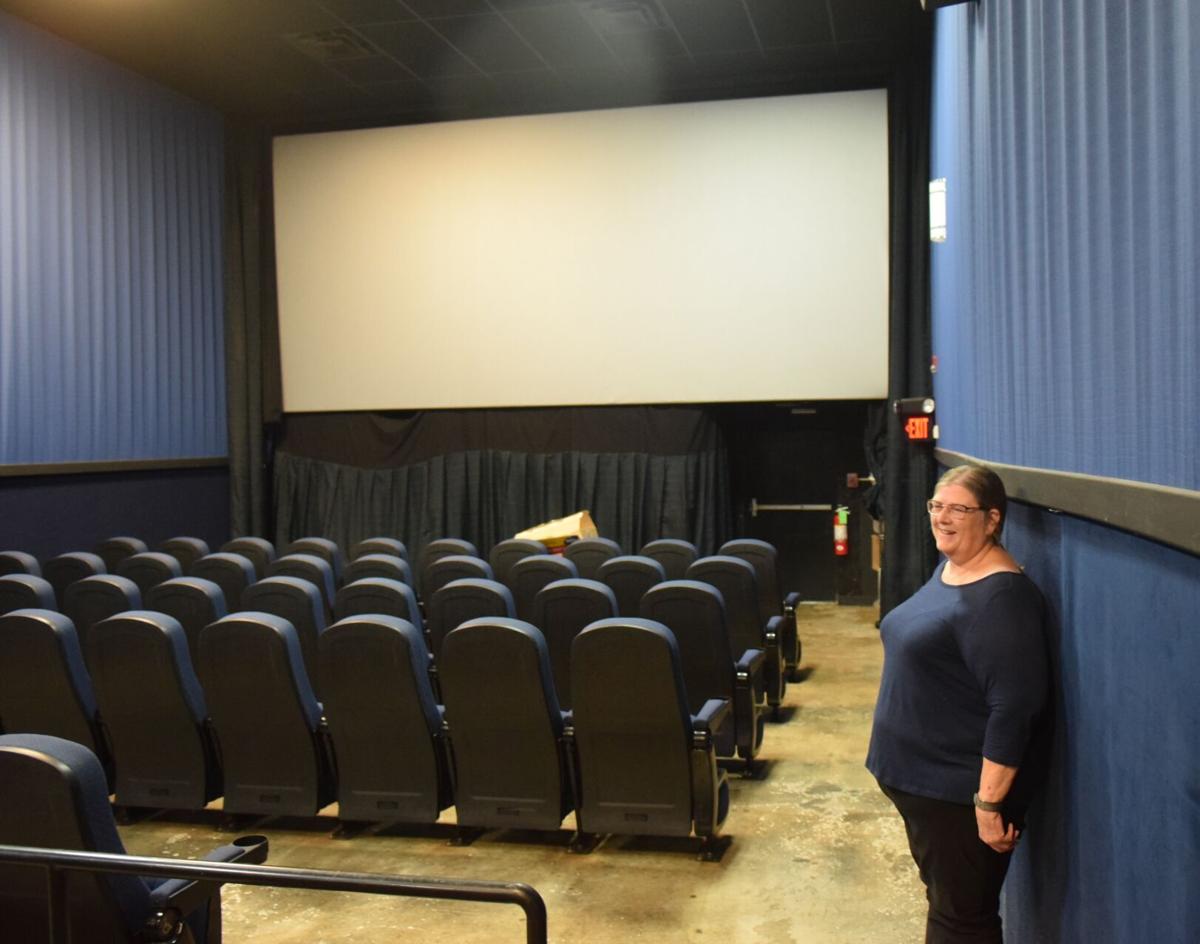 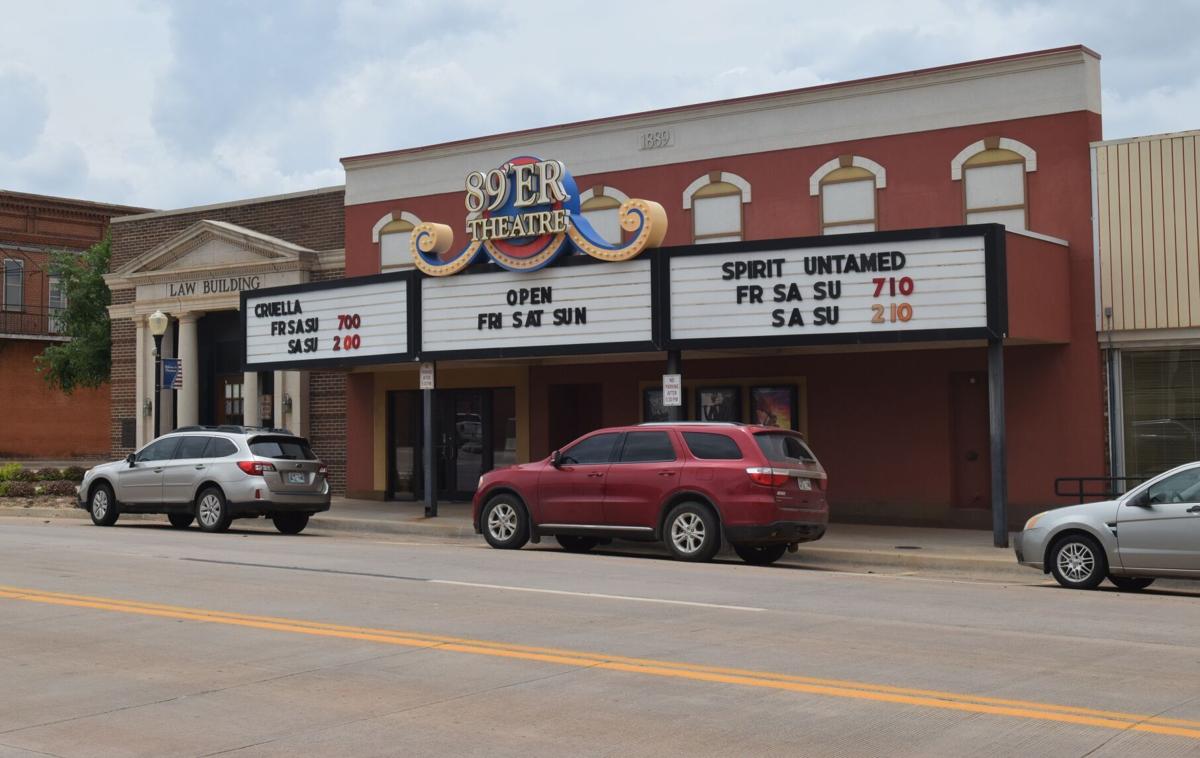 KINGFISHER, Okla. — The movie theater biz in Northwest Oklahoma is getting ready for its close-up, Mr. DeMille.

With the COVID-19 pandemic seemingly on a downswing and bigger blockbuster movies scheduled for release, the manager of downtown Kingfisher’s 89er Theatre said she hopes that by this fall, the longtime cinema will return to being open seven days a week.

For the last nine months, the 89er, at 304 N. Main, has been open only on weekends due to less audience attendance and the lack of new theatrical releases, manager Nancy Striegl said Saturday.

Currently, the theater shows films at 7 p.m. Friday through Sunday, with additional matinee showings at 2 p.m. Saturday and Sunday in the two open auditoriums, which seat around 100 people (its third is closed due to projector issues).

“That’s really all we can stay open for,” said Striegl, who oversees a staff of three supervisors and four to five high school-age employees. “My hopes and dreams … is to get back to normal — but what’s normal anymore, who knows?”

After shutting down in March last year and a false start in June when no movies were being released, the 89er opened back up in September with limited hours. Every other aisle was blocked off, as well, Striegl said.

The theater also canceled plans to open for summertime matinees and for school break showings.

Enid’s movie theater, AMC Theatres at Oakwood Mall, also was closed during the first half of the nation’s COVID pandemic. It, too, reopened in September with safety procedures in place, with every other row blocked off and face masks required.

Striegl said Disney’s live-action “Mulan” was the first film she recalls debuting on streaming services first having premiered on DisneyPlus last fall, with eventually no theatrical run planned in the U.S. at all.

“That really hurt us, too,” she said of the last year’s major streaming-first or streaming-simultaneous releases, which included “Godzilla vs. Kong” and “Wonder Woman 1984.”

Despite the expected influx of tentpole blockbuster movies — many held over from 2020 — Striegl, who orders digital copies from the major film distribution companies, said she preferred to wait to reopen fully until the fall.

Then, she said, she’ll be able to better tell if more people will come every day, in time for the Thanksgiving and Christmas film releases.

“It’s kind of hard to make that decision right now … am I going to have only four people going to show up and pay a whole staff to sit here?” she said. “It’s hard to second-guess the public. That’s the hardest thing.”

Back in businessBut now the curtain that had fallen on the region’s movie theater industry during the run of the COVID pandemic might be rising faster elsewhere.

Plans to build Enid’s new cinema in The District retail corridor appear to be back on the marquee, City Manager Jerald Gilbert said Saturday.

“With COVID getting easier and movies getting released, it’s getting more economically feasible for the developer to pick the project back up,” Gilbert said, but he was unable to confirm when construction might begin.

City commissioners in June 2020 had approved offering Apex an incentive package with a $3.5 million rebate, to be paid over 15 years, to develop the donated 7.5-acre tract within The District.

But the pandemic had forced developers to put on hold constructing the 42,000-square-foot theater, located in the 20-acre lot at the southeast corner of Garriott and Cleveland.

Enid developer Kyle Williams, who made an agreement with the city of Enid in 2019 to acquire much of the Lahoma Courts property, said in February that the nation’s theater industry was a “train wreck out there” during the pandemic.

Williams was unable to be reached for comment about the theater plans Saturday.

“My hopes and dreams … is to get back to normal — but what’s normal anymore, who knows?”

Lane Gavitt, director of Enid’s FLY Film Festival, said he hasn’t been in a movie theater since before the pandemic, including when his group’s own festival had to be reworked due to COVID.

After being streamed online last year, the annual three-day festival will return to downtown this fall — in a former movie theater, no less.

From Aug. 6-8, submitted short films and full-length features will be screened at Gaslight Theatre, once a single-screen theater at 221 N. Independence that operated under several names until the ’90s, when the community theater group took over the building.

The theater is also set to hold a silent-film screening as a local fundraiser for Hedges Regional Speech and Hearing on Friday.

Gavitt said special effects demonstrations, Q&A forums with filmmakers and after-parties at local breweries are also planned during the week.

“It’ll be nice to get everybody together and be able to watch the movies they’ve created on the big screen,” Gavitt said, adding that a virtual option will still be provided with online admission. “You get a better experience, quality-wise (in a theater).”