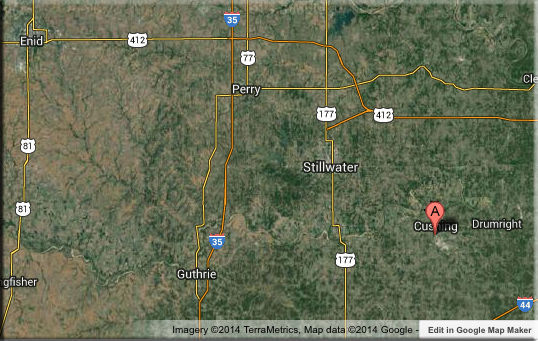 A magnitude 4.3 earthquake reported near Cushing Friday was felt throughout the state.

Many people in the Enid area reported on social media feeling the ground and their houses shaking.

The quake hit at 8:51 a.m., according to U.S. Geological Survey. It was centered about one mile south-southwest of Cushing at a depth of about 2.5 miles.

Cushing Emergency Management Director Bob Noltensmeyer said there are no reports of injuries or major damage as a result of the tremor. He said the only damage reports were of pictures and mirrors falling from walls and dishes broken as they fell from shelves during the quake.

Geologists say damage is not likely in earthquakes below magnitude 4.0.

Another earthquake was recorded near Enid Thursday night.

ENID, Okla. — There have been more earthquakes this year than there probably have been in th…

Upset by the news? Don’t take to your bed, take action