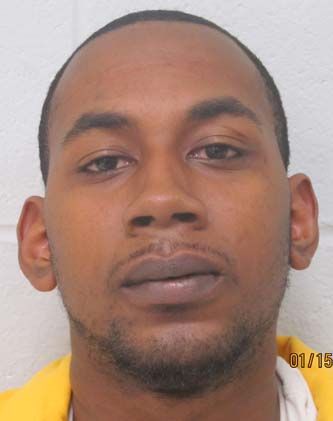 Enid Police Department officers maintain a secure perimeter around a murder crime scene at the corner of North 3rd and Columbia in December 2012. Officials later identified the victim as Heath Crites. (Staff Photo by BONNIE VCULEK)

Enid Police Department officers maintain a secure perimeter around a murder crime scene at the corner of North 3rd and Columbia in December 2012. Officials later identified the victim as Heath Crites. (Staff Photo by BONNIE VCULEK)

A 23-year-old Enid man charged as an accessory after the fact in a December 2012 murder pleaded guilty Tuesday.

Ivan Alexander Williamson entered pleas of guilty Tuesday morning to a charge of accessory after the fact, as well as an unrelated charge of damaging a public building.

Williamson was sentenced to 20 years, with three years and seven months to serve and the remainder of the sentence suspended. He also received a one-year sentence on the other charge, which will run concurrent to the accessory charge.

Authorities say Williamson was contacted by another man, who was asked by Ronnie Fuston — charged with murder in the deaths of Crites and Michael Donnell Rhodes of Oklahoma City — to move two guns.

Williamson led an Enid Police Department detective to one of the guns but denied any knowledge of a second weapon to police, according to an affidavit filed in the case.

A check of Williamson’s Facebook account showed he had sent private messages to another man about selling two guns, and he admitted to selling the second gun after his arrest, according to the affidavit.

The charge of damage to a public building was filed in March 2013 after damage was found in Williamson’s cell at Garfield County Detention Facility. The charge stems from a Jan. 16 incident at the jail, when Williamson attempted to sharpen a pencil on a sprinkler head in his cell, breaking the sprinkler and causing it to spray water into his cell, authorities reported.

Fuston was charged March 1, 2013, with the murder of Crites. He also was charged with murder in Oklahoma County.

He is set for a preliminary hearing in the Garfield County case Wednesday.

The second man charged in connection with the death of an Enid man last year was arraigned Thursday on a count of first-degree murder.

An Enid man being held on a charge of being an accessory to an Oklahoma City murder has been charged with damaging Garfield County Detention Facility.

A first-degree murder charge was filed Friday against a former Enid man in the Dec. 22 shooting death of Heath Crites.

Enid police are investigating the murder of a 24-year-old man that happened early Saturday morning.

Suspect in 2012 Enid murder bound over for trial