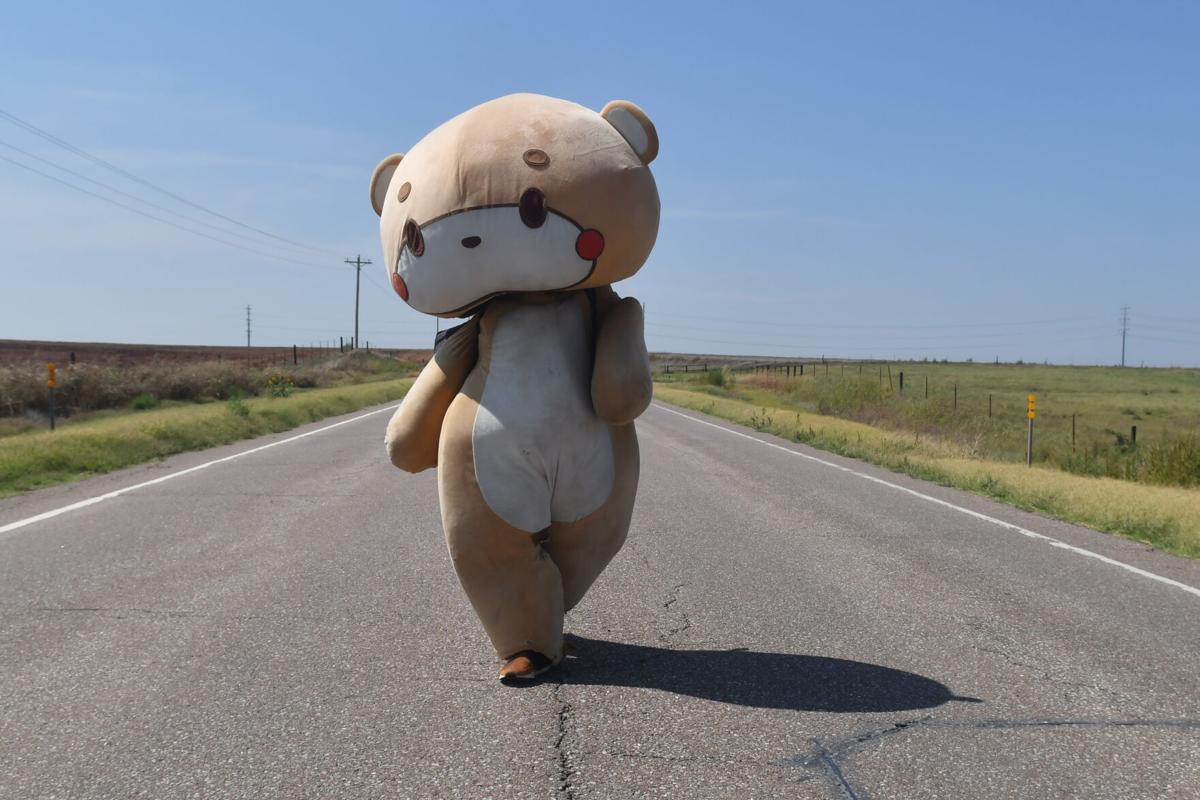 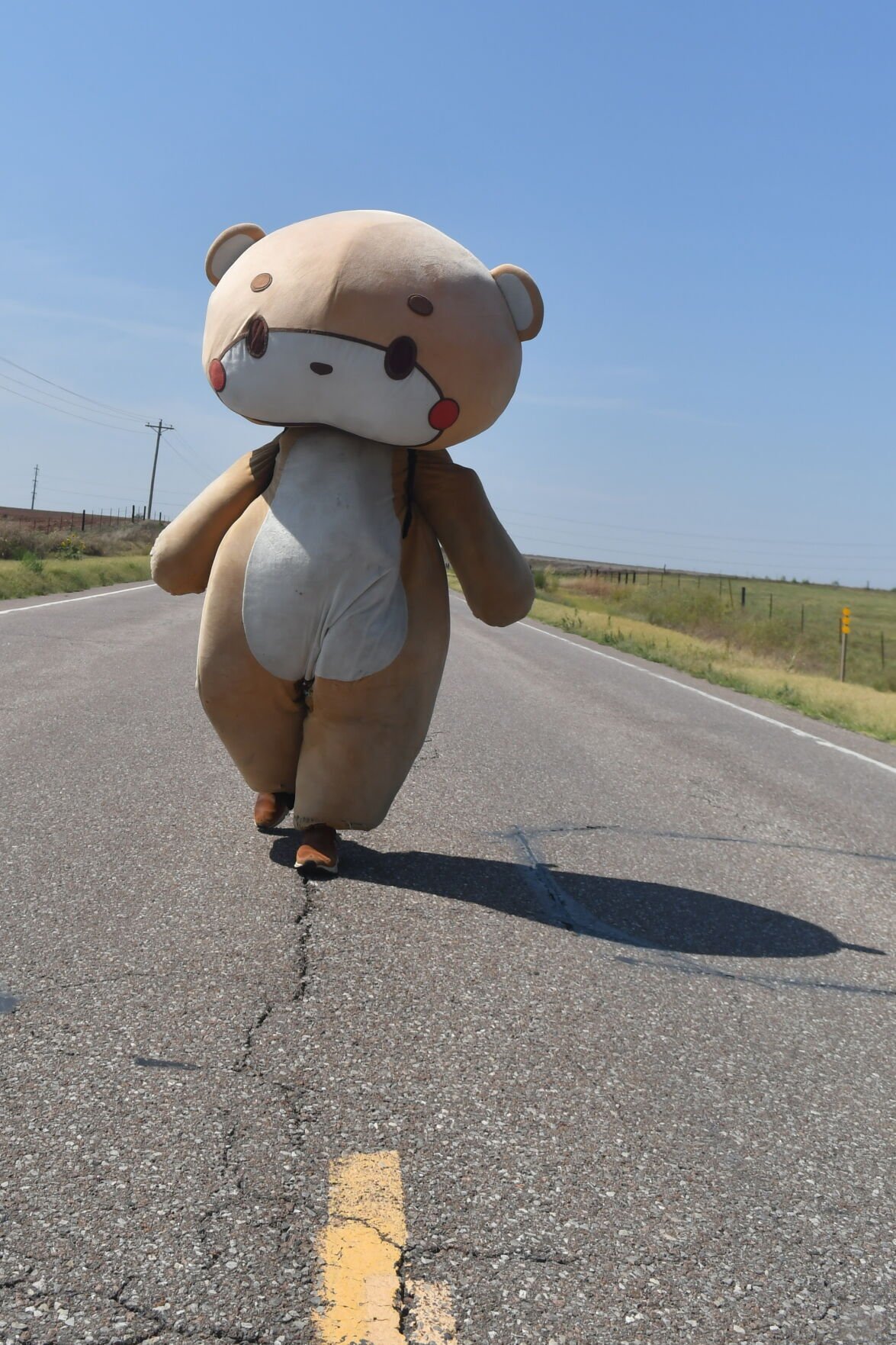 Rather, it was a man dressed in a bear costume who’s making his way from Los Angeles to New York City — nearly 3,000 miles mapped out — on foot.

Jesse Larios, known online as Bearsun, made his way to the Northwestern Oklahoma town on the 65th day of his journey, which he began on July 5 to raise money for five charities that bring awareness to breast cancer, mental health, autism, the disabled community and environmental issues.

“I said to myself, ‘Why not?’” the 33-year-old California native said.

Bearsun, a tan- and cream-colored teddy bear character Larios and a friend of his created several years ago, is walking for the National Breast Cancer Foundation, Active Minds, Autism Society for America, Villa Esperanza and Environmental Defends, and has raised more than $56,000 in total for the charities.

The journey started on April 12 as a 400-mile walk from LA to San Francisco, and Bearsun then ventured on another trek from LA to San Diego and then to Las Vegas before deciding to take on the miles-long walk from his hometown to the Big Apple.

Since he started the journey, Bearsun has dealt with challenges like walking in the costume in sweltering temperatures, which got up to the mid-90s on Monday, as well as in the rain.

“Everything is a challenge,” he said. “As soon as I put this (bear costume) on, the day is already a challenge.”

Bearsun is a “go-with-the-flow” type of person and doesn’t typically plan each day in advance, adding that it’s hard to pinpoint any interesting experiences he’s had since the beginning of his journey because each day brings something new.

“Every day is a different part of the journey,” he said. “That’s my favorite part.”

He travels with a small backpack filled with supplies for a couple of days and either camps out in a tent most nights or, when people he meets offer him accommodations, stays overnight in homes or hotels.

By the time he reached Alva, Bearsun had traveled around more than 1,000 miles.

He averages about 28 miles per day, though the number can vary depending on the weather, whom he meets and which town he wants to visit.

A slew of people met him on his way to Alva.

The Forrest Gump-like traveler has drawn in tons of supporters and curious onlookers, adding that often — especially as he gains more online fame — people will honk, wave, take pictures with and even walk with him down the road for a few miles.

Bearsun said it’s been one of the better parts of his trek — something he didn’t expect to happen.

He frequently posts updates and livestreams from his social media to let his followers join him on his journey so they can come say “hello” to him when he gets close to their homes in their states.

Bearsun spent Monday night in Alva and will set off again Tuesday along U.S. 64, the road he will likely be traveling for several more days as he makes his way east.

His ultimate goal is to make it to NYC in one piece.

Bearsun’s website, which also sells merchandise including Bearsun-themed T-shirts, teddy bears, prints and beanies, is www.iambearsun.com. His Facebook page is “I am Bearsun”; both his Instagram and Twitter handles are @iambearsun; and his TikTok handle is @bearsun.

This story was updated at 8:34 a.m. on Sept. 7 to show the correct spelling of Jesse Larios' first name.

McKendrick is police and court reporter for the Enid News & Eagle.
Have a question about this story? Do you see something we missed? Do you have a story idea for Kelci? Send an email to kelcim@enidnews.com.