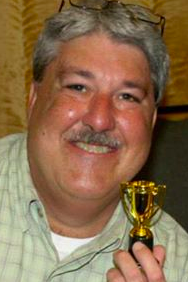 DUNCAN — The publisher of a weekly newspaper in rural Oklahoma, his wife and teenage daughter were found dead inside their home Monday morning.

Local and state police are investigating but have revealed few details about the deaths of John and Katherine “Tinker” Hruby and their daughter, also named Katherine.

Authorities said they are treating the investigation “like a homicide” but did not characterize the nature of the family’s deaths.

“At this time we’re not going to rule out anything,” said Duncan Police Detective Danny Foraker.

John Hruby, 50, was publisher of The Marlow Review, a weekly newspaper in a town of about 4,000 people, located 10 miles north of Duncan.

The couple’s daughter, Katherine, 17, was a junior and volleyball player at Duncan High School, according to neighbors and classmates.

The Hrubys also have a son, Alan, who graduated Duncan High School last spring and attends the University of Oklahoma, according to family friends.

Alan Hruby was being held in Stephens County Jail overnight on an unrelated charge related to stolen checks, Foraker said.

At a prayer vigil Monday night, friends recalled that volleyball season was a family affair for the Hrubys.

A junior, Katherine was a member of the school’s varsity squad. Her father was team photographer. And her mother was a booster club officer renowned for her jambalaya — the team’s favorite dish, said coach Sandy Mitchell.

“That was the only voice I could hear in the stands,” Mitchell said.

On Monday night, the team the Hrubys loved so much was struggling to come to grips with what had happened.

Authorities said little about what might have happened to the Hrubys, and at first didn’t even identify the victims.

Rather, it was The Marlow Review that announced the deaths in a post to its website Monday afternoon under the headline “Please pray with us.”

“At this time, The Marlow Review asks the general public for prayers following the tragic deaths of John Hruby, our publisher, his wife, Tinker, and their daughter, Katherine,” the statement reads. “Our staff endeavors to continue to serve Marlow to the best of our ability going forward. Thank you.”

Meanwhile, a car from the Oklahoma Medical Examiner’s was parked outside the home  in the affluent Timber Creek subdivision on Duncan’s north side.

A half-dozen police officers moved in and out of the two-story brick home throughout the afternoon.

At one point, a detective and police officer examined a surveillance camera mounted on the west corner of the home. Later, a uniformed officer was seen carrying out what appeared to be a DVR. Later in the afternoon, police extended their taped perimeter around the front yard to include a Jeep neighbors said belongs to the Hrubys’ son.

People in the area described the Hrubys as the kind of neighbors who helped jump-start a car or corral a missing dog.

“You’re always surprised when it happens in your neighborhood,” said Larry Bartlett, an oil company executive who lives across the street.

Bartlett said he knew of no problems in the family.

Students at Duncan High, stunned by the news, gathered at the prayer vigil Monday night. Torn between laughter and tears, they remembered Katherine as a vivacious young woman, whom they said always brought a smile to their faces even during their worst days.

“She really liked bugs,” recalled friend Carly Kirkland, a senior, holding a candle during the vigil.

Katherine would chase teammates with bugs, and her coach with a gecko, until they fled into the bathroom to escape the practical joker.

Kirkland said she’d known Katherine since they were young girls, living down the street from one another.

“I know she will always be waving her towel,” Kirkland said. “She was just really special.”

The school canceled football games for freshman and junior teams that were scheduled for Monday afternoon. The varsity team’s practice also was canceled, said coach Craig Benson, who said he wanted players to have time to collect their emotions.

Katherine Hruby was a friend to many of the athletes, he said.

Prior to publishing The Marlow Review, John Hruby was publisher of the Duncan Banner, succeeding his later father, Al Hruby. The Hruby family sold the Banner in 1997.

People in Marlow were stunned by the deaths, said City Administrator Jason McPherson.

“Any small town is made that much better by having a paper. To own a newspaper takes a dedicated person like John,” said McPherson. “This cuts deep. It’s a gut-wrenching time.”

The couple’s son, Alan, a freshman at the University of Oklahoma, was held overnight at the Stephens County Jail on an “unrelated charge” related to stolen checks, said Duncan Detective Danny Foraker.

DUNCAN, Okla. — Prosecutors have charged the son of a rural newspaper publisher with killing his father, mother and sister.