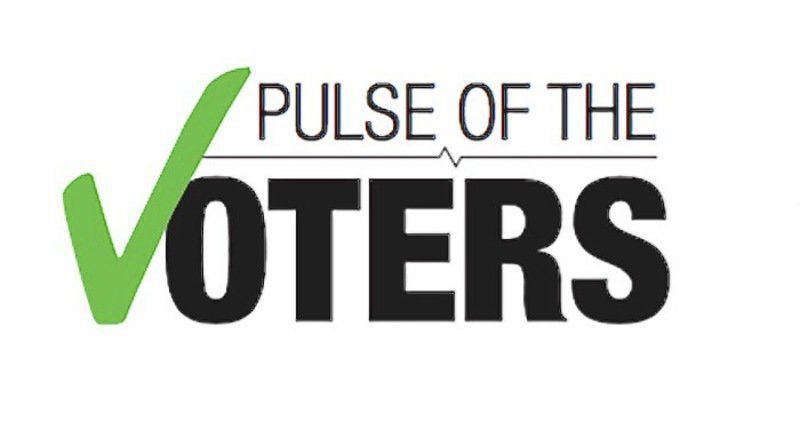 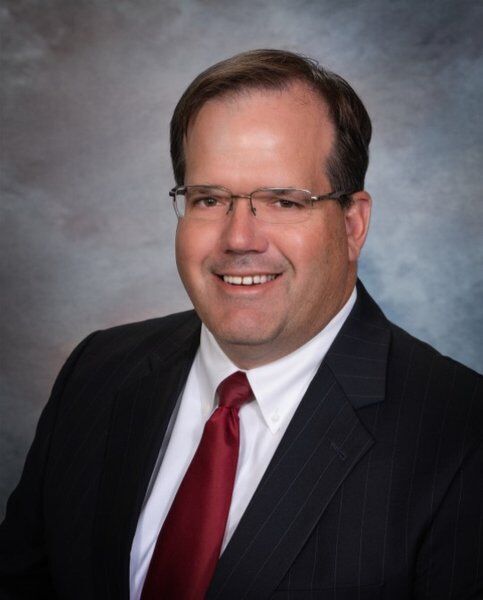 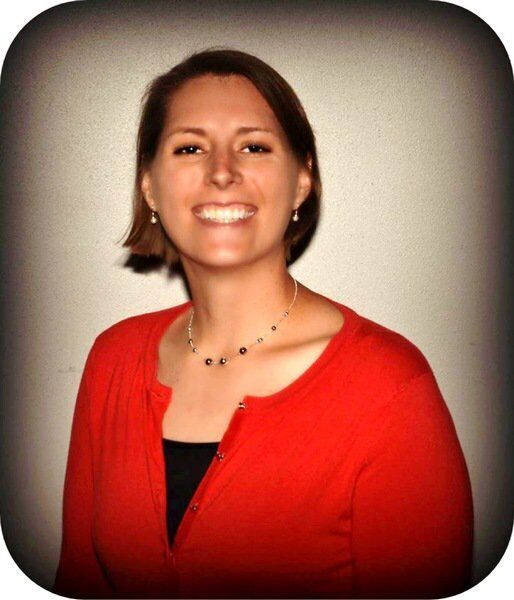 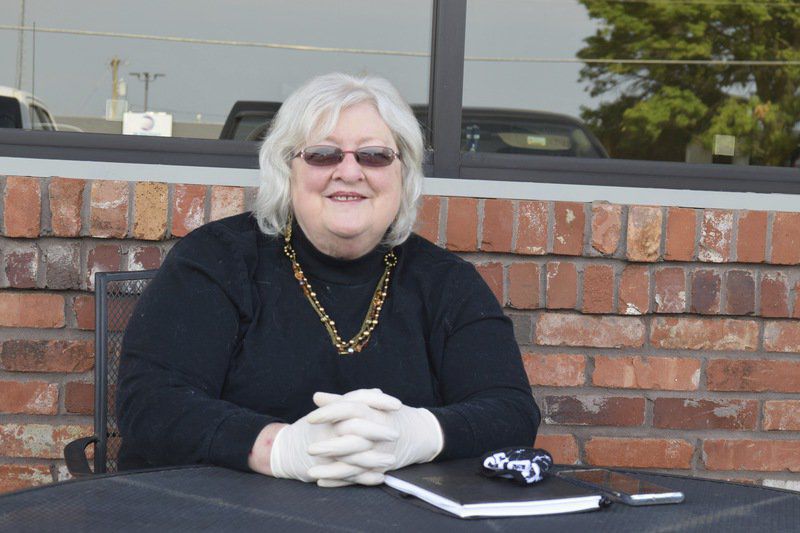 In the buildup to the November presidential election, the Enid News & Eagle published stories last year on a variety of topics in its periodic Pulse of the Voters series. In this story, the News & Eagle talked with three of the people previously interviewed for the series on their thoughts about what has transpired since the election, including the violent protests Wednesday at the U.S. Capitol.

But, those same residents also expressed hope that people across the country could use the experience for good — to unite the nation.

Patrick Anderson is a registered Republican who has served in the Oklahoma Legislature.

“On Wednesday afternoon we all witnessed how truly ugly and out-of-control the situation had become in Washington, D.C.,” he said. “It was indefensible. However, my hope is that this terrible incident will be the catalyst that helps to unite our divided country. The election is over, and it is time for our nation to come together and quit tearing ourselves apart. Even though I did not vote for him, I wish nothing but success for President-elect Biden. On Jan. 20, he will be my president and I will pray for him and for the future of our country.”

“I was sickened to learn of the events that occurred in Washington, D.C., as the Electoral College votes were to be certified,” Hall said. “We must do better. We must be willing to actively work to see our own biases, use empathy, be willing to have civil discourse, and act like decent human beings. We must hold our elected officials responsible to their duties and expect them to behave in ethical ways that make them worthy of being called leaders.

“I can’t say that one side or the other is blameless for where we are now,” she said. “If anything, the two major parties long ago became more interested in their wins and power than in actually representing the people. Trump spent years laying the groundwork for people to believe the election was rigged, when all that time he could have been fulfilling his duties and working with states to make their election equipment better. He repeatedly encouraged his followers to rise up. Trump, staffers, congressmen and state government officials actively engaged in sedition and tried to take away the authority of other states. The irony is that so many of these people are normally ones that believe in state’s rights.”

Democrat Nancy Presnall laid the blame for what happened in Washington on Wednesday squarely at Trump’s feet.

“It is horrifying, and just the latest in the series of events that never occurred to me could actually happen in our country,” she said. “It is just another wake-up call to remind us how fragile our democracy is, and how easily it can be undone by a madman. I hold Donald Trump responsible. The rioters — much of his base — are all inflamed because they believe he won the election. They believe he won the election because he told them so. Many Republican ‘leaders’ in the U.S. Congress have reinforced this huge lie by trying to overturn the will of the people expressed in the legal, well-run election last November.

“I believe that Trump’s most radical base is composed mainly of white supremacists, neo-Nazis and domestic terrorists, many of whom have been radicalized by Trump’s own words and deeds while in office. They are really scary people. I believe that there are others of his base who are more mainstream, just basically loyal Republicans who do not pay much attention to what he says and does. (Wednesday’s) rioters must face serious consequences for their actions. Their sympathizers should be watched carefully.”

She held out hope things will get better with President-elect Joe Biden in the White House.

“Moving forward, I believe we have a real opportunity in the Biden/Harris team to begin a healing process,” Presnall said. “There will be a lot of hate coming from Trump’s hard-core supporters, who I hope will be dealt with decisively and with meaningful sanctions. Trump has done a thorough job of dividing us. Changing that won’t be easy. I believe our best chance to heal and ‘build back better’ will be to follow President Biden’s lead with most people who are political foes.”

Anderson said he voted for Trump and “was disappointed that he did not win.”

“But like most Oklahomans, I accepted the results of the election,” he said.

He also said Trump carried on too long with his allegations of voter fraud, to the detriment of the Republican party.

“I do think that it was perfectly reasonable for the Trump campaign to look into all the allegations of voter fraud, but when it became evident that there was no evidence to support those claims, President Trump should have graciously conceded the election,” Anderson said. “In my opinion, his refusal to accept the results of the election not only defied logic, but it cost the Republicans control of the U.S. Senate.”

Hall said Trump supporters continued to rail about voter fraud even after the allegations were proven false.

“I respect that there were several states with voting results close enough that they should have been recounted and were,” she said. “Over 60 lawsuits were filed and investigations by DOJ, DHS and the FBI were carried out. These were activities that would prove the validity of the election or find the kind of errors and fraud that were so loudly claimed and corrective action could be taken.

“However, after all of these investigations, no major problems were found, and many of Trump’s lawyers were on record in court saying there was no evidence of fraud.

“Regardless, news outlets, politicians and people kept loudly repeating their narrative of a stolen election. Unfortunately, the brain is wired to eventually believe what it hears with enough frequency, regardless of whether it is believable or true. In this age of social media and countless news sources, we have each put ourselves into echo chambers. Our outrage is reflected by the people we have chosen to associate with and the posts the algorithms have given for our pleasure. We no longer hear the voices of others and have marked ourselves as Us and Them.”

Presnall pointed out that Biden won the popular voter by a wide margin.

“For starters, Biden/Harris won the popular vote by over 7 million votes, and won the Electoral College by a margin identical to that of 2016,” when Trump won, Presnall said. “Trump didn’t like the result, so he started saying he won the election and supported this claim with made-up evidence of voter fraud. There were recounts, investigations, recertifications, etc., but instead of facing facts, Trump and his allies in Congress continued making baseless charges of voter fraud. And then they used the multitudes of charges of voter fraud as evidence of voter fraud, and people started believing it.

“It was a vicious circle: You make up lies about voter fraud, keep repeating them often enough to enough people, and then use the fact that there are so many charges of voter fraud as evidence of voter fraud. And then there were 60 or more court cases in which no evidence was provided to the judge, and the case was basically laughed out of court most of the time. Republicans in the U.S. Congress and other offices have enabled him in these harmful lies. They are all complicit in what happened (Wednesday).”