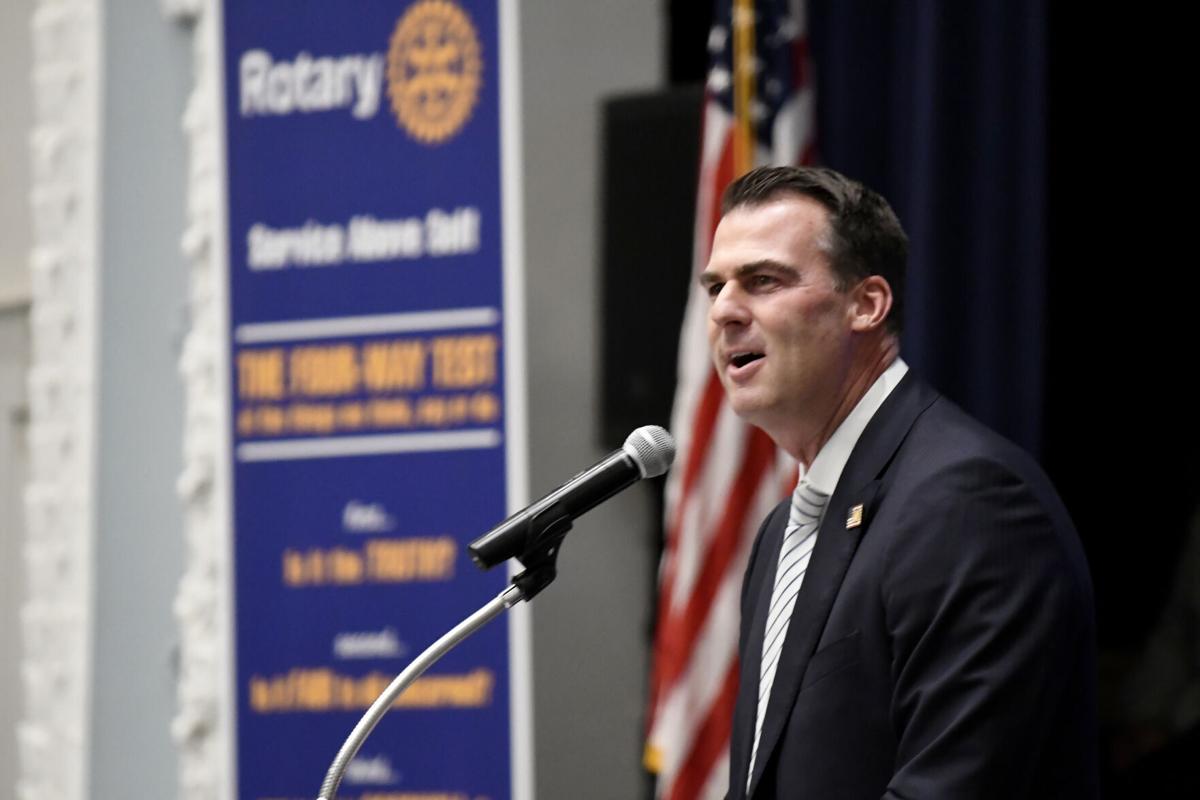 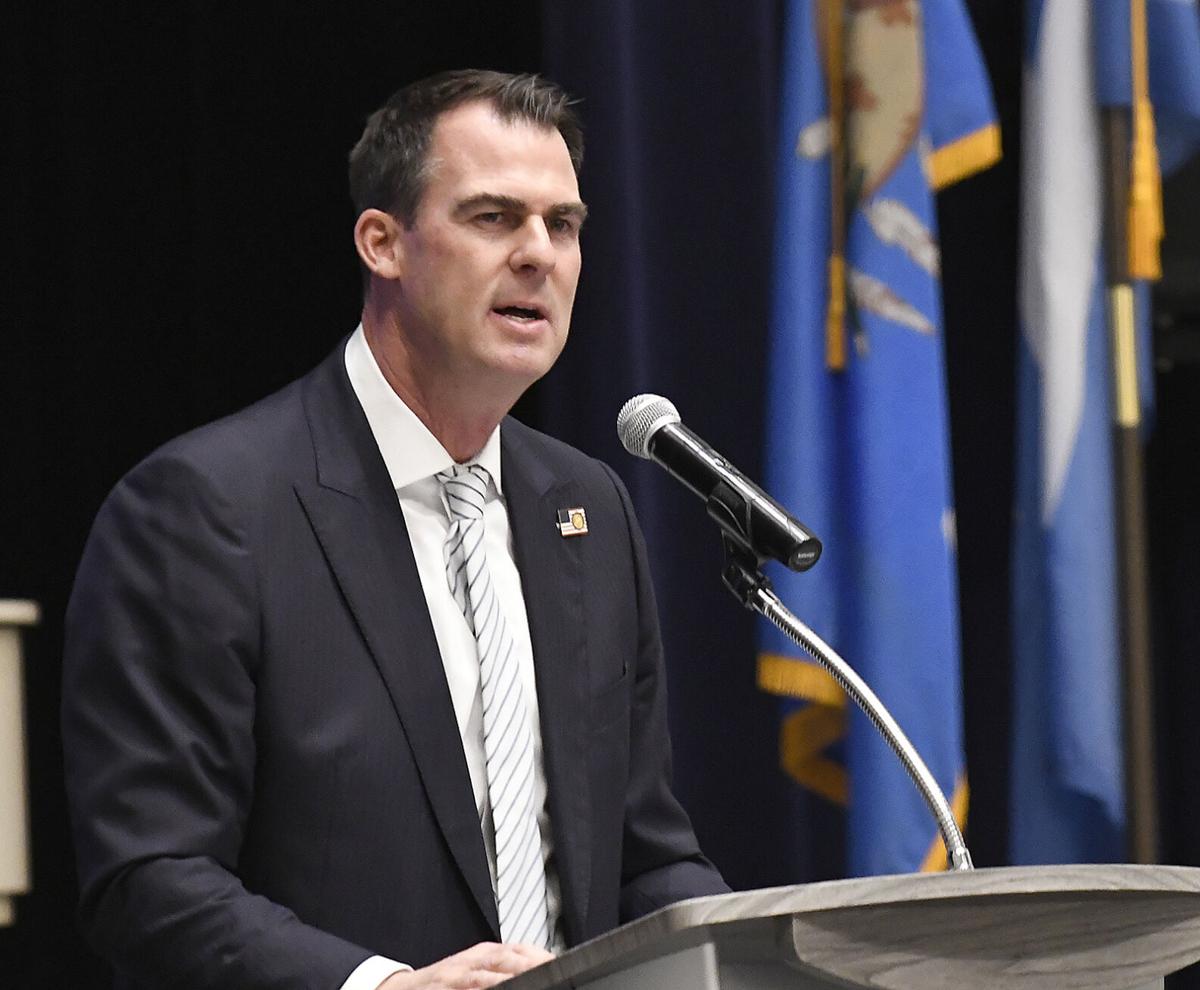 ENID, Okla. — Visiting Enid on Monday, Oklahoma’s governor contended that the state’s biggest challenge is the U.S. Supreme Court decision that much of the eastern part of the state remains Native American land.

“It’s literally tearing Oklahoma apart,” Gov. Kevin Stitt said of the 2020 McGirt v. Oklahoma ruling, which held that prosecution of crimes by tribal members living in Eastern Oklahoma falls under tribal court and federal jurisdiction, rather than the state’s courts under the Major Crimes Act.

He pointed to Oklahoma’s quick reopening in summer 2020, following the initial COVID shutdown — the first state to do so at the start of the pandemic.

“It has created the largest pipeline we’ve ever had in commerce,” he said about the May reopening.

Oklahoma today has its lowest unemployment rate in history, at 2.5%, the third-lowest in the country; New York’s is 6.6%, both according to the U.S. Bureau of Labor Statistics.

Oklahoma also boasts its largest-ever savings account, with more than $2 billion, Stitt said, adding that the state cut taxes for consumers and businesses this year in response to rising inflation on goods.

All are in line with his vision to make Oklahoma a top 10 state.

“We can compete and win against any other state,” Stitt said. “Oklahoma is the best state to grow a business, raise a family … everything we have in Oklahoma, people are looking for and want to have that.”

The state reported its highest seven-day average of new COVID cases ever on Monday.

Oklahoma State Department of Health reported 27,000 new cases since Friday after ramping up testing over the weekend. OSDH also indicted a steady increase in community transmission that owed much to the easily transmissible omicron variant.

The governor, citing a belief in Oklahomans’ personal freedoms and responsibilities, has never instituted a statewide masking mandate and recently tried to fight in court a vaccination mandate for the Oklahoma National Guard, a request that was blocked by a federal judge.

Returning to Oklahoma tribal relations, Stitt said he also tried to renew the state’s fishing and hunting compact with tribal leaders, but chose not to do so last year because he wanted a “fair deal” for all Oklahomans.

Under the compact, which expired Dec. 31, Cherokee and Choctaw tribal members were able to fish and hunt in Oklahoma with 200,000 state-provided licenses a year.

Stitt said the tribes had wanted to continue to pay $2 for a fishing/hunting license, with free tags. A regular license in Oklahoma costs $42, with additional costs for tags.

“That’s not fair, I’m not going to give one race a special deal over every other race,” he said.

The leader of the Cherokee Nation, Principal Chief Chuck Hoskin Jr., has said the governor has abandoned cooperation with Oklahoma’s two largest tribes. As of Jan. 1, tribes are now able to hunt on their Northeastern Oklahoma lands.

Stitt said tribal members would be arrested and fined if they are found hunting and fishing in the state without a proper license.

“Again, it’s real simple. It’s about fairness,” he said. “We all have to have the same set of rules if we’re going to be a successful state going forward.”

Stitt also said Hoskin believed that tribal members should not have to pay state income taxes while living on reservations.

Oklahoma Tax Commission has 5,000 tax protests right now, in which Oklahomans are saying they shouldn’t have to pay tax, Stitt said.

“Can you imagine the CEO of a big law firm or company who’s a member of the country club in Enid not having to pay taxes, but a single waitress-mother has to pay taxes just because of her race?” he said. “To me, it’s just preposterous to think about we’re under a time when you don’t have equal protection under the law.”

This story has been corrected to show that Stitt and the Cherokee and Choctaw tribes are in a dispute over the state's hunting and fishing compact.