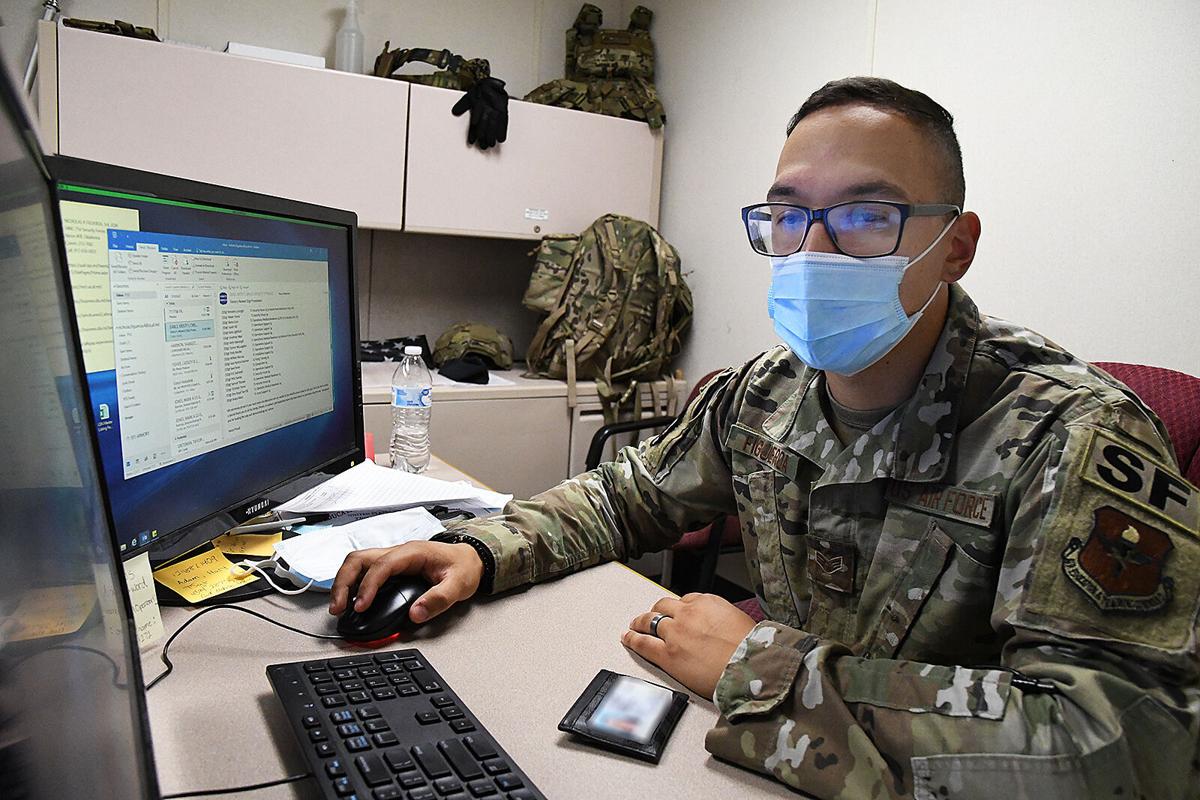 Senior Airman Nicholas Figueroa works in his office at Vance Air Force Base. 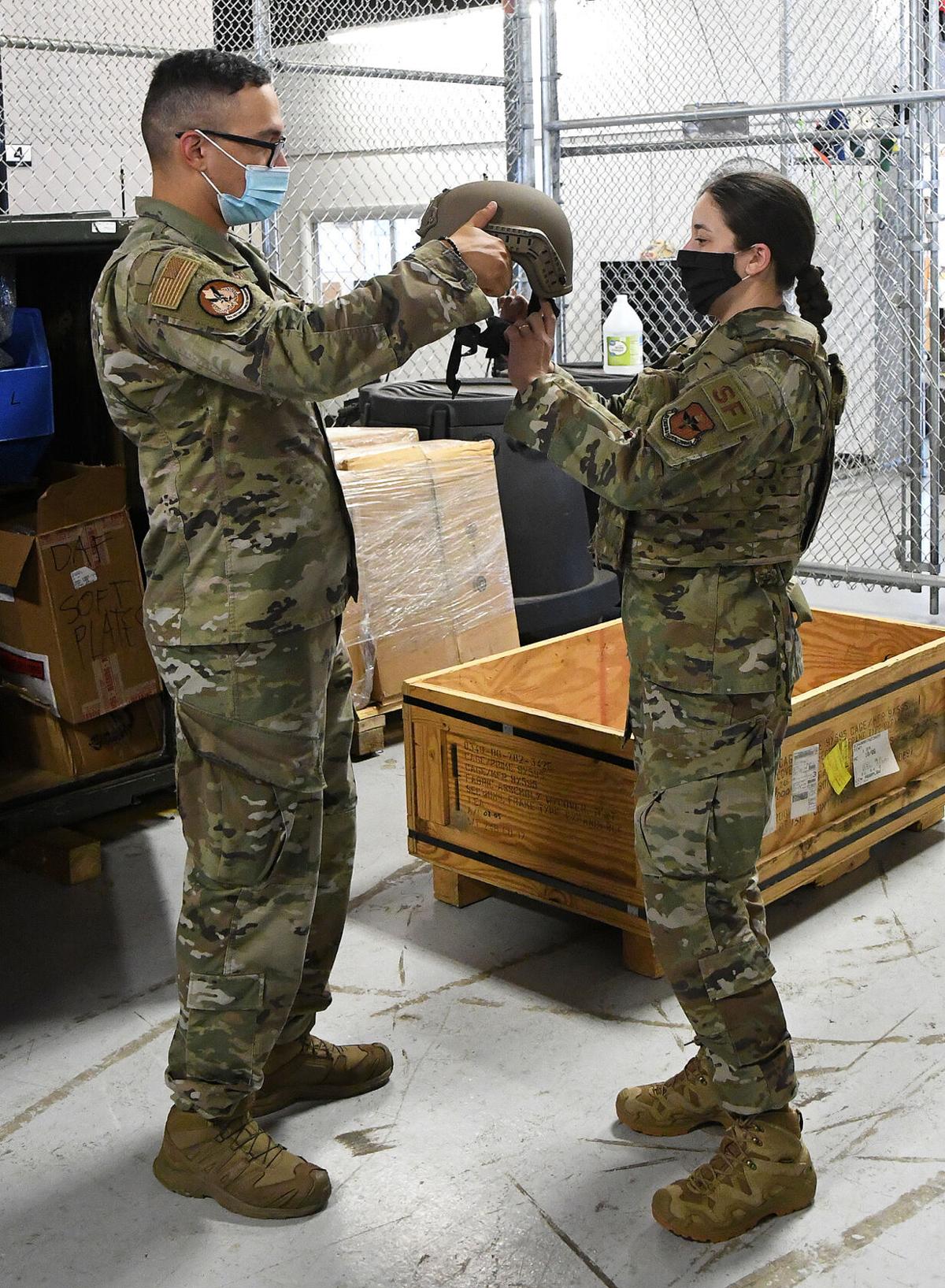 Senior Airman Nicholas Figueroa works in his office at Vance Air Force Base.

VANCE AIR FORCE BASE, Okla. — A New York native, Senior Airman Nicholas Figueroa felt compelled to serve his country in the wake of 9/11.

“I saw the smoke from my school building,” the 71st Security Forces Squadron (SFS) member said during a recent interview. He was 9 years old living in Manhattan when the Twin Towers fell.

Figueroa said everyone — no matter their background or beginnings — came together following that initial panic and chaos to unite the country.

“Everyone knew what they had to do. In my head, I wanted to serve … I had to join the military,” he said.

He had hoped to serve straight out of high school. Two of his uncles had served in the Navy, which is where he applied first, but he didn’t get in. He tried the Marines next, but to no avail.

His third attempt to join the military — this time to the Air Force, which he joked his family said was the “right branch” — was the charm. Figueroa, now 30, finally got his wish and coincidentally started on 9/11 in 2018.

Figueroa was nearly a decade older than most his fellow members at basic training, which he said actually worked to his advantage. He said many couldn’t mentally handle it or didn’t really know what they were getting themselves into. However, he thought to himself, “I was cut out for this.”

Following basic training, Figueroa was assigned to Vance Air Force Base. Interested in law enforcement, he started out as an entry controller (which he said means “gate guard”) and patrolman. This past spring he moved up to cyber security liaison, a job friends in his unit encouraged him to go for.

“I grant every newcomer access to (computer) drives and email,” Figueroa said. He also serves as supply technician and vehicle control officer. As such, he is in charge of the entire inventory of SFS gear and equipment as well as the patrol and off-road vehicle fleets.

With three years already under his belt, Figueroa plans to make the Air Force a career, with his sights set on serving 20 years as active duty and then probably continue serving another 20 years in civil service.

“I’ve made lifelong friends I’ll never forget. It’s different when you experience something like this together. You become a tight-knit family,” Figueroa said.

His squadron commander, Maj. Jared Zentz, and his supervisor, Master Sgt. Ian Porter, both praised Figueroa, whom they called “exceptional” and “a phenomenal member.”

“He has combined his dedication and ingenuity to ensure mission success,” Zentz said.

Zentz also spoke about the numerous awards and accolades Figueroa has received during his tenure at Vance, the most recent being the Top III Superstar award in July.

Figueroa said the military offers him and his family a better life.

“I was attracted to the military for a sense of purpose,” the second-generation American-born Puerto Rican said. “I can provide for my family, which is really important to me. The reason I stay and keep going is it’s all for my family.”

Family is his No. 1 priority, he said. His wife Savannah, who grew up in Pennsylvania, is expecting their third child in March; sons Alexander and Logan have been military brats nearly all their lives.

Whether he continues to be at Vance, overseas or back on the East Coast, Figueroa said he would be happy.

“I feel like I’m finally fulfilling my purpose,” he said.

Replogle is a freelance writer who writes for the Enid News & Eagle.

Email The AirScoop at thescoop@thescooponline.net.

Welcome to Northwest Oklahoma, home to Vance Air Force Base, where the military trains the best military aviators in the world. The city of En…