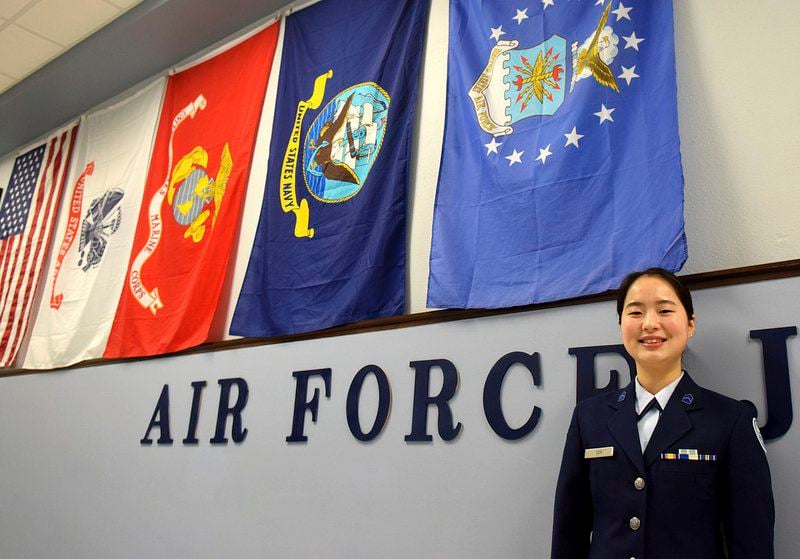 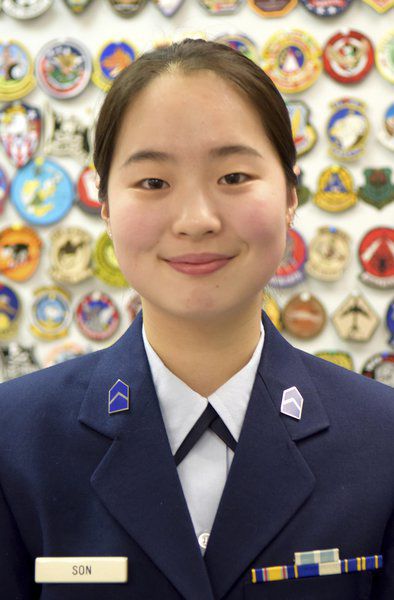 Son was selected from more than 2,575 AFJROTC cadets in the United States and overseas who applied for the program, which is awarded by Headquarters AFJROTC, at Maxwell Air Force Base, Montgomery, Ala.

Applicants were evaluated based on tests in math, science and aviation, and a review of the applicants’ grades and extra-curricular activities.

The scholarship covers transportation, room and board, academics and flight hours required to potentially earn a private pilot’s license, and is valued at approximately $22,500.

Lance Murray, a retired Air Force lieutenant colonel and senior aerospace science instructor at EHS, said Son’s scholarship is a “validation of all the hard work” he and retired Tech. Sgt. Michael Nelson have put into the JROTC program.

He said the scholarship is a way for kids, even those who don’t attend the flight academy, to see aviation as a reachable career path.

“Some of these kids, there’s no way they’d be able to afford private pilot lessons,” Murray said. “I think it’s just a fantastic program the Air Force is doing.”

The Flight Academy Scholarship Program is an Air Force effort, in partnership with the commercial aviation industry, to “address the national civilian and military pilot shortage,” according to the press release. Students participate in an eight-week summer aviation training program, conducted at partnering universities nationwide. Upon successful completion of the program, students are awarded a Private Pilot’s Certification.

Born in South Korea, Son’s family moved when she was young to Virginia, to pursue her father’s education and career as a pastor. The family moved in 2018 to Moore, and in July 2019 moved to Enid, where Son’s father, Sejin Son, took over as pastor at Enid Korean Church of Grace.

She said transitioning to life and school in the U.S. was difficult.

Once she overcame the hurdles, Son said she came to love her new home, though she still had to overcome some preconceptions about Oklahoma.

“Everybody thinks Okla­homa is all cowboys and everything,” Son said with a laugh, “but I really like it here.”

She’s settled into Enid well since moving here last summer, and said she enjoys her time at EHS.

“People are nicer here than in the city, and it’s really quiet and peaceful,” Son said. “And everyone knows each other, like a family, and I like that.”

Her favorite parts of the program are the physical conditioning, going to academic team competitions and learning about the Air Force and aerospace science. But when the flight academy scholarship came up, she also saw a path to realize a dream she’d had as a young girl.

“My dad is a pastor, so he would always travel places,” Son said, “but I was too young to go with him, so I would dream about being a pilot so I could fly him places.”

Now, that dream is within reach. After high school, Son aspires to become a doctor, possibly in the Air Force. In the more immediate future, she’s looking forward to the flight lessons, and broadening her horizons a bit.

The Air Force and commercial aviation industry are hoping more students like Son will spark a passion for aviation through the scholarship program.

An estimated 8,000 pilots need to be trained each year for the next 20 years to meet civilian and military needs, according to the press release, which characterized the current pilot shortage as a “crisis.” And the Air Force plans to increase diversity among the pilots who are trained.

“Aviation is one of the least diverse professions in industry,” according to the press release. “Currently, women make up less than 6% of pilots, and minorities represent less than 10%.”

Air Force Junior ROTC currently has 125,000 cadets enrolled in high schools across the nation and overseas, and is the Air Force’s most diverse program, comprised of 58% minority and 40% female enrollment. Cadets selected for the flight academy represented female and minorities more than three times the national averages.

According to the press release, the Air Force plans to expand the scholarship program to more students and additional universities in the coming years.

Murray said he hopes the program will continue to inspire students like Son to pursue aviation, and to reach for their dreams.

“Hopefully it opens more kids’ eyes to a career in aviation,” Murray said. “It shows them if they put in the effort, they can achieve their dreams.”