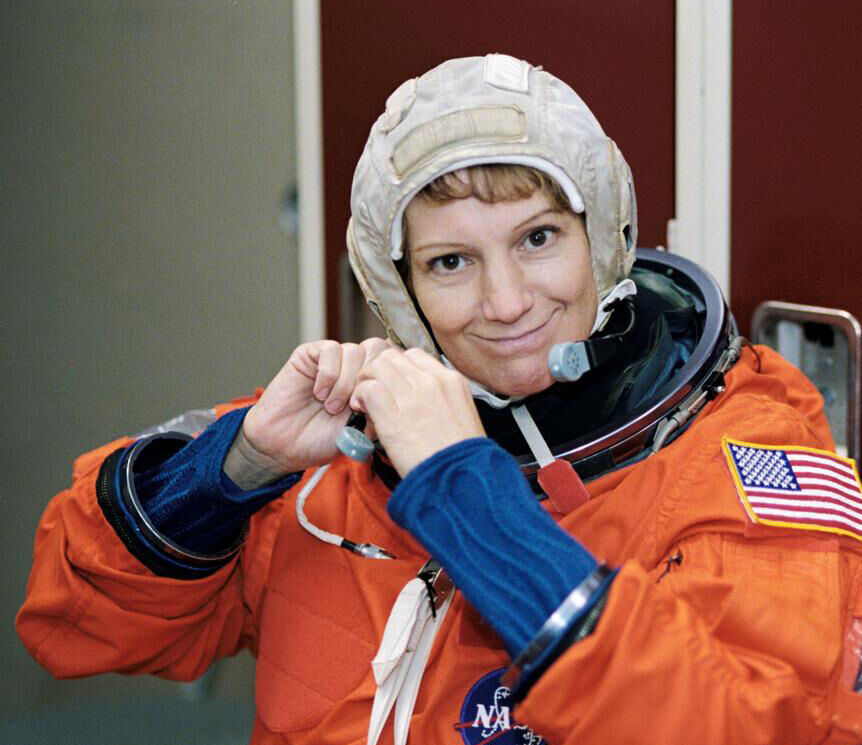 Astronaut Eileen M. Collins, STS-114 mission commander, dons a training version of the full-pressure launch and entry suit prior to the start of a training session in the Space Vehicle Mockup Facility at the Johnson Space Center in 2002. Collins was a student pilot at Vance Air Force Base, Oklahoma, in 1978, and the first female T-38 instructor pilot at the base. 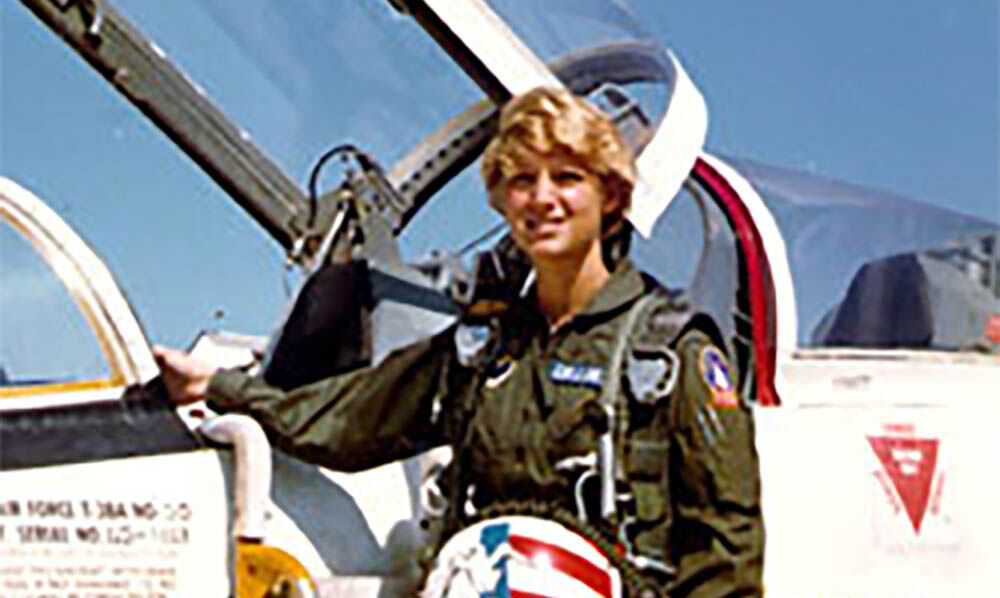 Astronaut Eileen M. Collins, STS-114 mission commander, dons a training version of the full-pressure launch and entry suit prior to the start of a training session in the Space Vehicle Mockup Facility at the Johnson Space Center in 2002. Collins was a student pilot at Vance Air Force Base, Oklahoma, in 1978, and the first female T-38 instructor pilot at the base.

VANCE AIR FORCE BASE, Okla. — The legacy of a trailblazing female aviator is exemplified in more ways than one at Vance Air Force Base, even 43 years after her graduation.

Col. Eileen Collins graduated Undergraduate Pilot Training at Vance in 1978. She was one of the first four women to go through the program and was the first female T-38 instructor pilot, according to a March 2021 interview between Collins and Taylor Watson with the Daedalians, a fellowship of military aviators.

Collins went on to excel in her aviation career by piloting space shuttle flights STS-63 and STS-84, followed by becoming the first woman to command an American space mission when she served as commander on STS-93 and STS-114.

Collins’ flying experiences at Vance helped fostered her early stages of being a pilot.

“I think my attitude when I arrived at pilot training was to work to become the best pilot I could be,” Collins said. “I was the first in my class to solo out of the 40 of us.”

Capt. Miki Mullen, currently a flight commander and instructor pilot in the 25th Flying Training Squadron at Vance, is thankful for the legacy Collins left behind.

“It’s important to not forget that at one point women weren’t allowed to be where I am today,” Mullen said. “I’m thankful for women like Eileen Collins who paved the way and allow me to create my own path.”

It’s because of that first class of four women that enabled female mentorship to emerge and inspire.

Capt. Stacia Madsen, also an instructor pilot in the 25th FTS, decided that a pilot was something she wanted to be, with help from her mentors.

“My mentor and instructor pilot was Abby Wolters,” Madsen said. “She held me to a high standard and now I’m in her spot, her shoes, mentoring other female IPs.”

Collins noted the inclusiveness she experienced with her UPT class.

Although the media focused on the four women in her class, the class itself united together outside of the coverage. The male and female class members went to parties and social gatherings together, helping Collins be part of the life, the culture, the whole experience, she said.

“I’m really proud of my male counterparts in being so accepting and never judging or excluding us,” Mullen said.

Madsen remembered walking into a restaurant with other instructors from her squadron and a father surprised her when he walked up and told her how much of a positive influence she is for his daughter.

She was surprised because, “I didn’t even realize I was the only female in the group,” Madsen said. “Within the squadron we don’t see gender because it’s an everyday thing and you all work together. But those on the outside are the ones who see it most.”

It is Collins’ legacy that paved the way for many more women to demonstrate their capabilities, both by flying into harm’s way when called — and teaching pedestrians how to become the world’s finest pilots.

Welcome to Northwest Oklahoma, home to Vance Air Force Base, where the military trains the best military aviators in the world. The city of En…