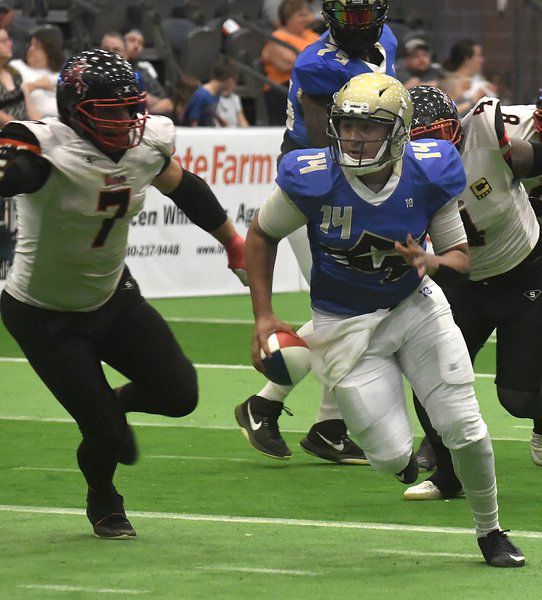 Flying Aces' RayJohn Ramsey scrambles out of the pocket against Sioux City Saturday, June 15, 2019, at the Stride Bank Center. 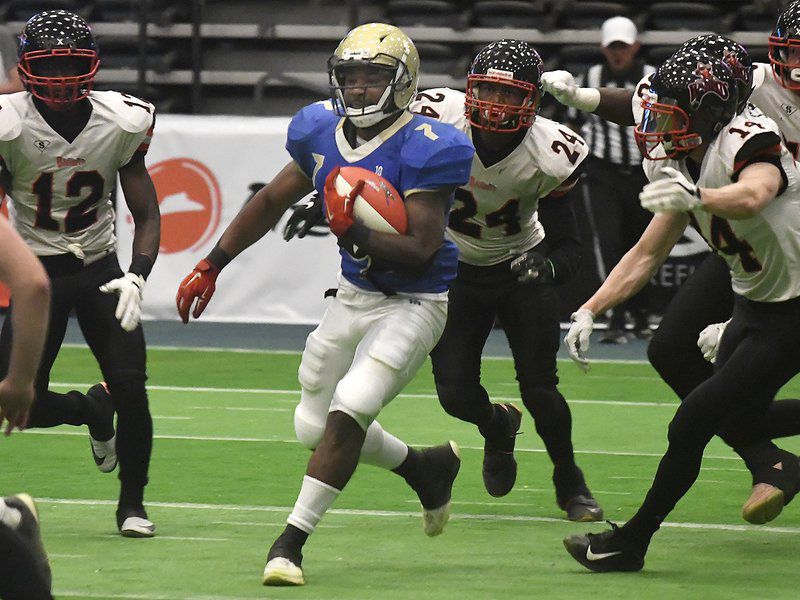 Flying Aces' RayJohn Ramsey scrambles out of the pocket against Sioux City Saturday, June 15, 2019, at the Stride Bank Center.

ENID, Okla. — With concerns over coronavirus continuing to impact the sports landscape, the Oklahoma Flying Aces' schedule was not spared either.

The Champions Indoor Football (CIF) league announced it was delaying the 2020 season for 30 days, a decision it said in a release from Commissioner Ricky Bertz was "derived after multiple facilities and municipalities throughout the league issued mandates to teams restricting them from playing games for the next several weeks."

“Obviously, the majority of sports leagues and events have decided, at this time, to at least suspend current operations,” Bertz said. “Our league wanted to attempt to maintain as normal of a season as possible, but teams have begun being notified that arenas in the league are suspending all events, and many other elements, including travel and such are also being restricted."

Bertz said it was the league's intent to play this season. The delay is expected to last no more than 30 days during which time the league will continue to evaluate all options on how to proceed.

According to Flying Aces head coach / managing partner Richard Davis, the arena in the city of Omaha and Ector County Coliseum arena in Odessa, Texas, were both being shutdown due to coronavirus concerns, leaving the league little option but to push the start date back. Davis said there were no such issues or concerns expressed by Stride Bank Center in Enid, which was available to open the season as scheduled.

The Flying Aces were scheduled to open the season April 4 at Salina (Kan.) with their home opener slated for April 11 agains the Omaha Beef.

The team's originally scheduled home opener at the Stride Bank Center was to have been March 21 against the West Texas Warbirds, a new franchise located in Odessa, Texas, however, that game was moved to June 16.

That move was necessitated, according to the league, due to to "difficulties involving delayed shipment of critical operational items, specifically involving new equipment for the expansion West Texas Warbirds."

In addition to the Flying Aces, West Texas, Salina and Omaha, the CIF also will be comprised this season of teams from Wichita, Amarillo and Sioux City (Iowa).

Ruthenberg is sports editor for the Enid News & Eagle.

Have a question about this story? Do you see something we missed? Do you have a story idea for Dave? Send an email to daver@enidnews.com.